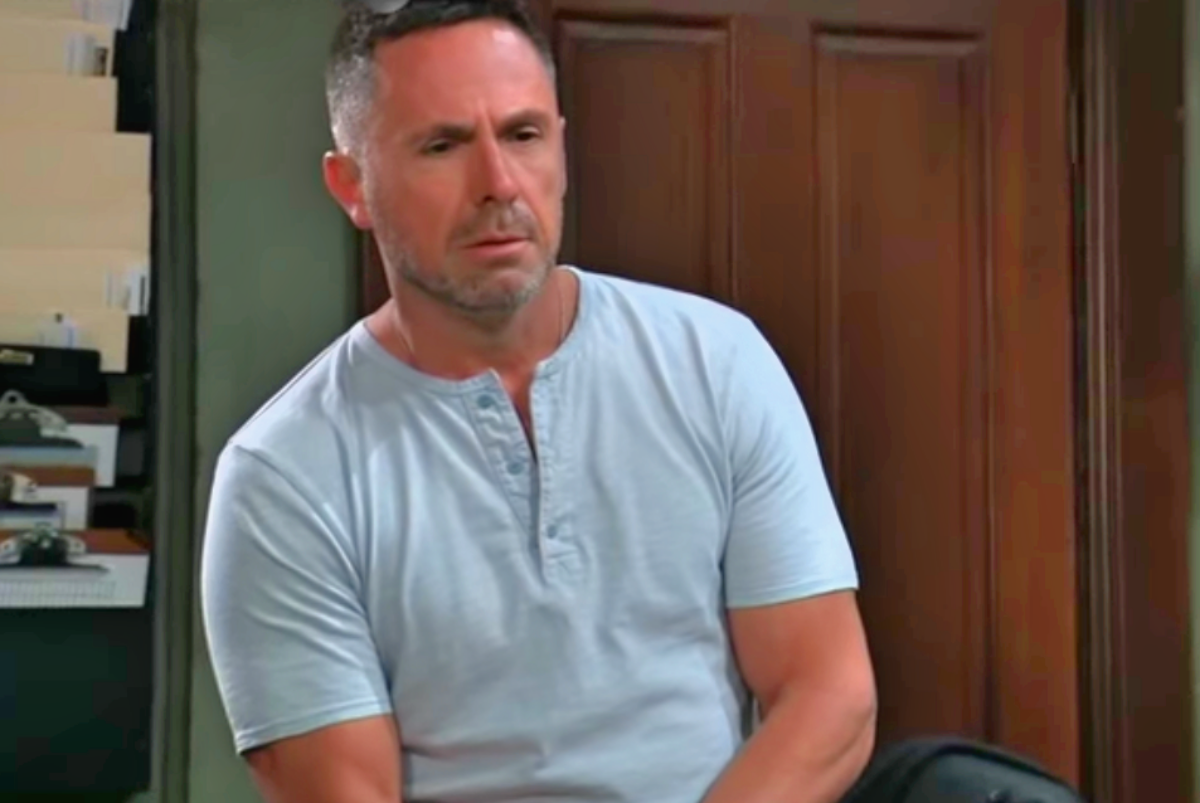 General Hospital (GH) spoilers revealed that Julian Jerome (William deVry) recently discovered that his ex-wife, Alexis Davis (Nancy Lee Grahn) had sex with Dr. Neil Byrne (Joe Flanigan). Those who watched recent episode know that this angered Julian. Although he’s a criminal himself, apparently Julian believes in the idea of “honor among thieves,” or something similar.

General Hospital Spoilers – Julian’s a Bit of a Hypocrite

GH fans know that Julian Jerome has been sleeping with Britt Westbourne (Kelly Thiebaud). After a session together in bed, Britt let slip that she saw Neil and Alexis falling into a hotel room together in New York. (Talk about an amazing coincidence, eh?) When Julian heard this, however, he became upset. Aren’t there rules against a psychiatrist sleeping with his patient? Britt then sarcastically mocked Julian for his incredible sense of ethics and morality.

Of course, Julian ignored Britt’s taunts. From Julian’s point of view, someone needed to pay Neil a visit in order to remind the good doctor that taking advantage of an emotionally vulnerable patient (like Alexis) just simply isn’t good form.

GH fans who have been with General Hospital for years know that Julian and Alexis used to be an intense item. Julian and Alexis were married. Alexis once saved Julian’s life. Sam McCall (Kelly Monaco) is their daughter. Heck, Julian and Alexis are the grandparents to Sam’s kids, Danny Morgan (Porter Fasullo) and Scout Cain (Ella Ramacieri). The point is that Alexis and her ex share some serious connections and history! Their relationship hasn’t always been the smoothest, but in recent years Julian and Alexis have become good friends once more.

In fact, GH fans know that when push came to shove, Julian was there for Alexis when she succumbed to the temptation of downing a shot of vodka. How many others did Alexis call before she gave Julian a ring? At this point, it doesn’t actually matter. What matters, is that it was Julian who came running when Alexis called.

Although GH viewers know that Neil seems to be a good guy, and that he would not knowingly do anything to harm Alexis … Julian isn’t a viewer. Julian doesn’t have the benefit of being on the outside looking in. All Julian knows is that there seems to be a psychiatrist who is a real creeper, and this guy is preying on a woman for whom Julian still cares.

Some GH fans then may not blame Julian for taking matters into his own hands. Julian apparently still sees himself as Alexis’s protector. Never mind that Alexis is a grown woman with a mind of her own. Never mind that Alexis can make her own decisions. Never mind that she has the right to get hurt like any other woman in Port Charles. GH viewers may agree that when a man has deep, emotional ties to a woman, divorced or not, like Julian, that man will come running if he feels she is in danger.

With that said, GH viewers may find that Julian is exceedingly willing to get as rough as need be with Neil in order to get his point across. That point is obviously, “Back off, douchebag. Harm Alexis and ….” Well, GH fans get the picture.

The Bold and the Beautiful Spoilers: Ridge’s Decision Not Just About the Kiss – Here’s What Really Sealed the ‘Bridge’ Breakup Deal