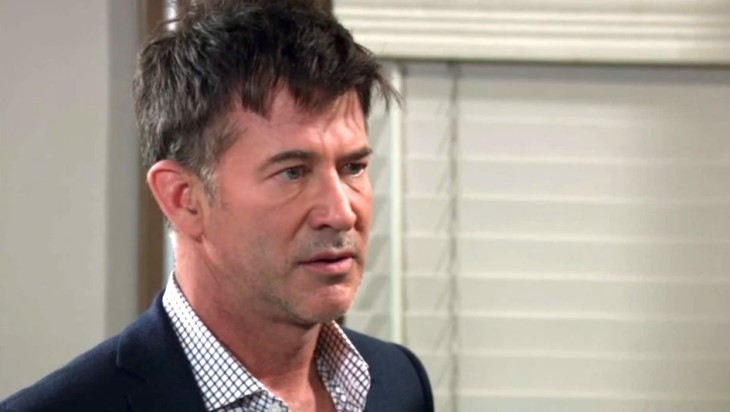 The truth is, maybe Neil shouldn’t have his medical license. When all is said and done, many GH viewers have pointed out that Neil has seemed just as emotionally confused as some of his former patients probably were. It’s quite clear that Neil didn’t have his proverbial crap together, that’s for sure. Now, that’s a bit harsh perhaps, but after watching Neil apparently ditch Alexis, a lot of viewers are thinking that Alexis’s ex, Julian Jerome (William deVry) was probably right. Neil did take advantage of Alexis.

However, with that said, it’s also true that maybe Neil was in the midst of his own personal ache. In other words, fans know that he confessed to Alexis the hurt and ache he still felt over the loss of his daughter. It’s entirely possible then that Alexis became a temporary diversion from the pain of that loss.

Others have written much about the fact that some doctors end up with a slight “God complex.” Some doctors and psychiatrists like Neil have the belief that they are untouchable somewhere in the back of their minds. Because of that belief, like Neil, they’re willing to risk a lot because they believe there won’t be any real consequences for their behavior. It’s possible then that Neil thought he might get a slap on the wrist for his tryst with Alexis, but he never truly believed he’d lose his whole career!

Interestingly, some GH fans have pointed out that they felt Neil wanted to get caught. Some thought Neil wanted to escape his career. However, his reaction to actually losing his license seems to shut down that theory.

In the last conversation GH viewers saw between Neil and Alexis, Neil said that he was angry with himself. However, Neil was also angry with Alexis. Now, some GH viewers are asking whether that was fair. Didn’t Neil do what he wanted to do? It’s not like Alexis stalked Neil, hunted him down, and then made him make love to her. It was clear to everyone that Neil was happy seeing Alexis.

Regardless, many GH fans believe everything between Neil and Alexis is now over and done. If it truly is, then Neil really was nothing more than an easily smitten, short-term suitor who ran at the first sight of the need for relational depth.