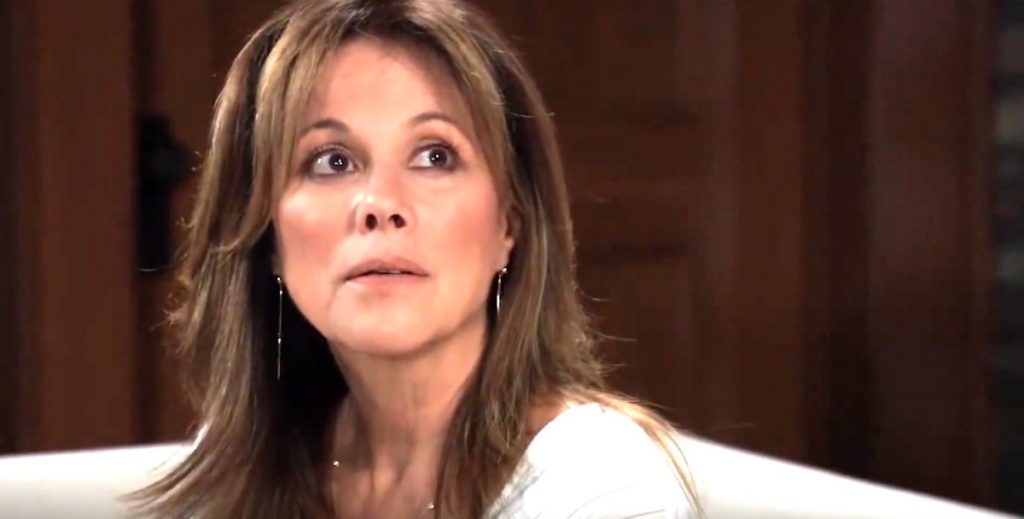 General Hospital (GH) spoilers suggest that Neil Byrne (Joe Flanigan) and Alexis Davis (Nancy Lee Grahn) might soon be two middle aged, out of work GH characters. GH fans know that Neil has already lost his license to practice medicine in New York. Now, Alexis has received a text message that the State Bar is looking into allegations that she lied under oath. Could Alexis soon find herself disbarred?

GH fans know that Alexis used to be one of Dr. Neil Byrne’s patients. As such, Alexis should never have been allowed to have any kind of romantic relationship with Neil. Actually, one could turn that around and say that Neil’s ethics were entirely messed up since he pursued a physical relationship with Alexis before two years had passed. No matter which way GH fans might choose to look at the nature of Alexis and Neil’s relationship, the fact is that neither GH character could maintain their professional careers and hope to have a personal relationship with the other. Both Alexis and Neil stood to lose everything.

Regardless of the risk to their professional careers, GH viewers watched as Neil and Alexis got physical time and again. In fact, every time they found themselves in each other’s company, Neil and Alexis could barely keep their hands or lips off of one another. The truth is, Alexis and Neil were bound to be seen … and caught.

Of course, GH fans know that not long ago, Neil had to go before the ethics board because someone reported his relationship with Alexis. Viewers know too, that Alexis testified under oath and denied that anything improper had occurred between she and Neil. Everyone knows that her testimony was later blown to hell by the screaming accusations of her former husband, Julian Jerome (William deVry). In fact, just about the whole of General Hospital heard Julian accuse Alexis and Neil of sleeping together. (And of course, everyone knows they did sleep together.) Neil subsequently lost his medical license.

However, it’s still a question as to whether Alexis will lose her license to practice law in New York. For those that don’t know, Alexis actually lost her law license once before. Now, however, Alexis might lose it again if she is found guilty of misconduct. Most would say that the preponderance of evidence is that Alexis did indeed lie under oath. If a judge discovers after an investigation that the facts confirm that accusation by the State bar … Alexis will also soon be out of a job.

General Hospital Spoilers – Alexis and Neil Get an RV

GH fans might agree that without a medical or legal career to hold them back, Neil and Alexis might decide passionately to pursue a relationship together. Many feel it’s entirely possible that one or both of these GH characters might have already saved up quite a lot of money toward retirement. If that happens, could GH fans watch as Neil and Alexis go all out, buy an RV, say goodbye to Port Charles and head out to “live the dream?”

Days of Our Lives Spoilers: Guilt-Ridden Hope Begs For Forgiveness