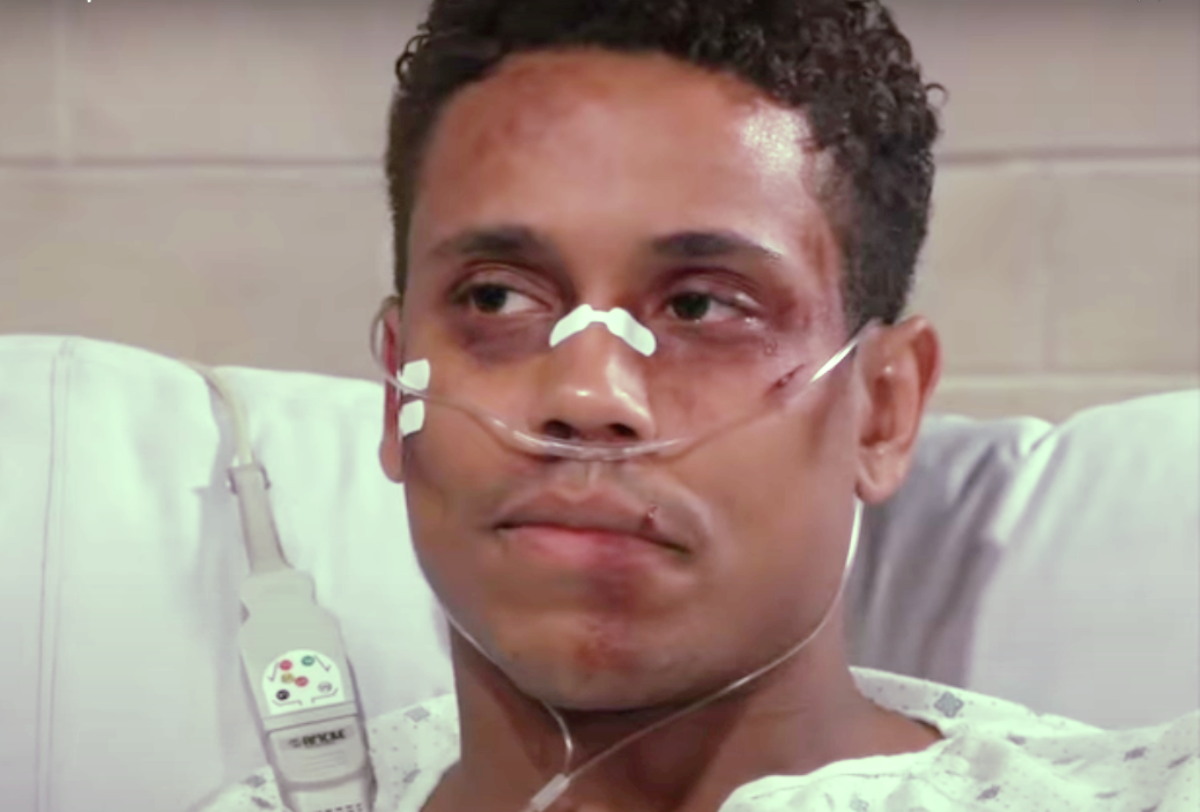 General Hospital (GH) spoilers revealed that TJ (Tajh Bellows) could be completely crushed when he discovers that his main squeeze, Molly Lansing-Davis (Haley Pullos) cheated on him with Brando Corbin (Johnny Wactor). GH fans have watched TJ slowly recover after his horrible ordeal at the hands of the evil Cyrus Renault (Jeff Kober), but nothing could be worse than losing the love of his life!

GH fans watched an emotionally immature TJ try to convince his long-term girlfriend that she should marry him. In fact, viewers saw TJ try to work up his courage even to pop the question. Why that should be after ten years’ worth of a relationship where TJ and Molly lived together is anyone’s guess. How this couple got to the point of TJ asking Molly to marry him without a certainty on his part that she would say yes is beyond the bounds of credulity. It still happened.

TJ wanted Molly to marry him, but to TJ’s profound surprise, Molly revealed that she’s uber progressive and doesn’t believe in old, patriarchal customs like marriage. Too bad of for TJ. All his dreams of husband, wife, kids and a white picket fence got tossed out the window with Molly’s decision.

Apparently, TJ is a GH character who is a glutton for punishment. Viewers watched TJ walk out of an emotionally bruising conversation and into a situation where two men physically pulverized him. Then TJ had a bag thrown over his head, he was tied up, and then thrown in the back of a van. To top it off, someone chloroformed TJ before tossing him in someone’s basement for weeks.

To be fair, TJ’s captors bought him smoothies. So, there’s that.

The point for many GH fans, however, is that no matter how much TJ has suffered mentally, emotionally, or physically up to this point, there isn’t much that could have prepared him for the emotional gut punch that’s coming.

While it seems clear to many that Molly’s been looking for a way out of her relationship with TJ, even if she didn’t realize it herself, her actions still seem pretty unfair. Even though her sleazebag sister, Kristina Corinthos-Davis (Lexi Ainsworth), was ready to give Molly high-fives for sleeping with Brando the moment she thought TJ dumped her a lot of GH fans were upset by Molly’s behavior.

Maybe Molly’s been wondering for some time what it might be like to be with another man. Maybe ten years with TJ had gotten a bit old and stale. Maybe the fact that TJ was all Molly had ever known of relationships in her whole life was starting to bother her. Who knows?

The truth is, if Molly really wants to take her relationship with TJ to the next level, she really does need to start with telling him the truth no matter how much it hurts. Infidelity is something many couples never recover from. If Molly discovers she actually wants to stay with TJ and she wants a fighting chance … she’s got to be willing to wait for TJ to work through his anger and then wait for his forgiveness.