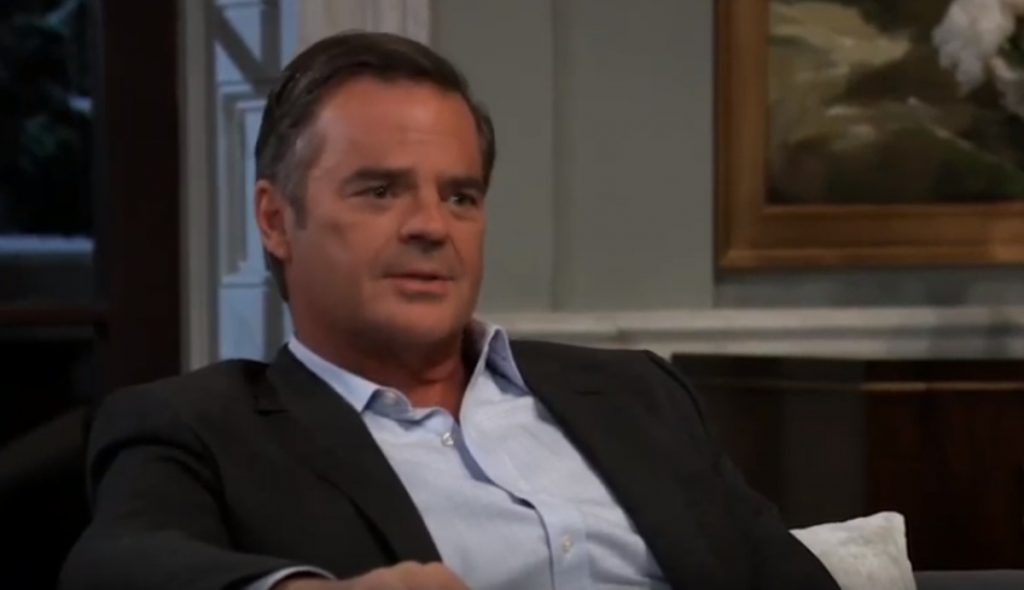 General Hospital spoilers tease that Ned (Wally Kurth) and Brook Lynn (Amanda Setton) are looking for a fresh start to their relationship. While things have certainly been rocky in the past, Ned is hoping to show his daughter a side of him that she probably hasn’t seen before, and that’s a more caring, compassionate one. But with a daughter that is as feisty as Brook Lynn, that might not be very easy. Read on for all of the latest spoilers.

If there’s one thing that fans know, it’s that Ned has always been somewhat of an absentee father. Speaking to Soaps in Depth in a new interview, Wally Kurth puts it this way to the publication, “When they brought Brook Lynn back years ago, I was a little upset that they never played the fact that Ned was basically an absent father. That’s a good story! We could have made Ned a bad dad. I could get my head around feeling guilty about not being more present.”

As many General Hospital fans know, Brook Lynn had an of teen angst about her mama drama. Back then, it was all about Lois being a bad mom. And while Ned was never really a star parent, Wally admits that he feels as though that was always a missed opportunity.

Of course, there’s no going back to the past, but at the same time, this new homecoming has been quite interesting between Ned and Brook. They are certainly an infamously feisty family and while things might be going great right now, don’t expect this moment to last forever. Even Wally Kurth admits that it’s always good to have a daughter, but it’s even better when she’s a force to be reckoned with. Needless to say, General Hospital fans will have to tune in to find out what will happen next!

In the meantime, come back right here for all of the latest news, updates, and spoilers on all of your favorite daytime television shows including The Young and the Restless, The Bold and the Beautiful, General Hospital and Days of Our Lives.