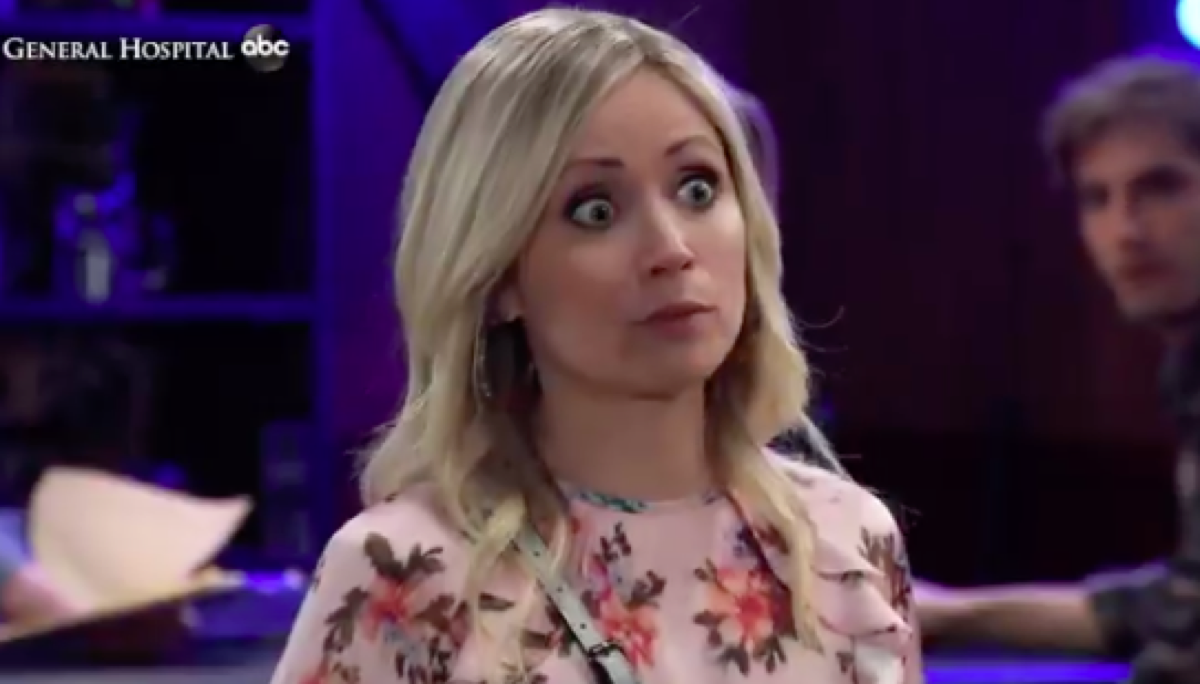 General Hospital (GH) spoilers tease that Brook Lynn Quartermaine (Amanda Setton) will waste no time trying to get Dustin Phillips (Mark Lawson) back in her life. The fact that he seems happy with Lulu Spencer (Emme Rylan) since Brook Lynn doesn’t like the way Lulu and Dante Falconeri (Dominic Zomprogna) broke up, so she will feel Dustin is better off with her.

GH Spoilers: Lulu Spencer And Dustin Phillips Were Just Starting To Get Serious

After keeping it mostly casual since they met last summer, Dustin and Lulu finally seemed ready to become serious when Brook Lynn showed up. Lulu won’t be happy that of all people, Brook Lynn was Dustin’s former flame. But this will likely make her fight harder to keep Dustin since she won’t want Brook Lynn to get the upper hand. If Brook Lynn makes any attempt to come between them, Lulu will be ready.

Now that Brook Lynn is here, will Dustin still want Lulu? Or will Brook Lynn draw him back in? He won’t like seeing Lulu and Brook Lynn fight over him, especially if they play dirty. He may decide to wash his hands of the situation rather than watch these two woman renew their rivalry?

Lulu has been hesitant to get serious with Dustin since she just got divorced a few months ago. If she decides now that she want to go all in, is it because she wants Dustin or because she won’t want Brook Lynn to have hi? Lulu and Dustin will need to make sure they are on the same page if they want to move forward,

Will Brook Lynn try to steal Dustin? Will Lulu fight for Dustin? Does she really want him or does she just not want Brook Lynn to have him? Can Dustin and Lulu make it through this? Only time will tell, so stay tuned to General Hospital airing weekdays on ABC. And don’t forget to check back here regularly for all your General Hospital news, information and spoilers!