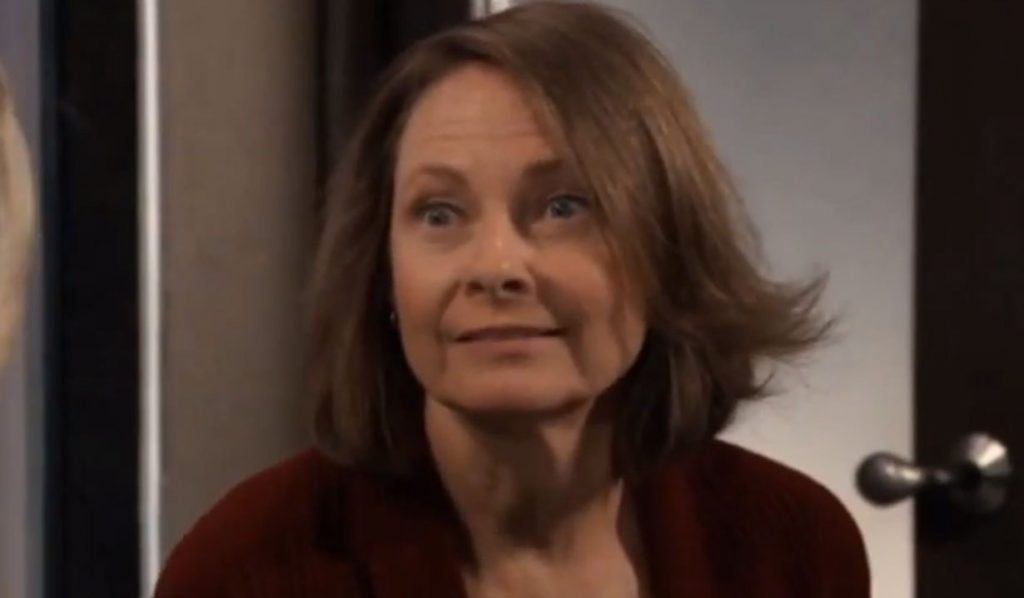 General Hospital spoilers tease that Gladys Corbin (Bonnie Burroughs) will be impressed with Sonny Corinthos’ (Maurice Benard) plans for his father, and her cousin, Mike Corbin (Max Gail) in an upcoming episode of GH!

Sonny has decided to go with the Alzheimer’s trial involving brain waves that Gladys found a story about online and has made plans for a road trip to not only get Mike into the trial, but take a side trip to Brooklyn as well so that Mike can be around all the old haunts which may further bring back some old memories to Mike, and certainly will to Sonny.

He is also taking Jason Morgan (Steve Burton) along for the trip, which will certainly be helpful if Mike gets agitated and needs to be restrained gently! Plus, Jason can help handle some of the paperwork involved with getting Mike settled into the trial. Undoubtedly, the trip to Brooklyn will happen first and then on to Manhattan for the Alzheimer’s trail, which deals with some sort of brain wave therapy.

General Hospital Spoilers: Gladys Corbin Wanted To Go Along On The Trip

Gladys wanted to go along on the trip to Brooklyn and Manhattan, but Sonny declined although he said she could stay at their house until they got back, then she has to go back to Connecticut the minute that Mike doesn’t need her anymore, and Sonny had even bought her a brand new car to do it in!

Sonny had accused her of working Mike’s situation to her advantage, since he paid her to be Dev Cerci’s (Ashton Arbab) grandmother so he could have a fake identity as Devin Corbin! Regardless, she has some major leverage over Sonny, so he won’t be able to get rid of her all that easily! She can always pull that fake id being set up for Dev and hold it over Sonny’s head!

Gladys is impressed with Sonny wanting to take Mike to Bensonhurst, which is part of Brooklyn, and their old neighborhood where as Sonny explained to Carly Corinthos, (Laura Wright) “everyone is either a Cerullo or a Falconeri”, although obviously there were Corinthoses and Corbins too! She will think it’s an excellent idea to try to jog some of Mike’s further back memories by taking him to the old neighborhood.

It will even be better if the house where Mike himself grew up is still standing because that would possibly take him way back. Mike may have happier childhood memories deep down than those when he grew up and didn’t give such a happy childhood to Sonny, something which he has always regretted and tried to make up to Sonny years before Sonny was able to forgive him, a fact which is driving Sonny’s desire to hang onto Mike as long as he can.

Days of Our Lives Spoilers Monday, January 20: Sonny Has A Surprising Proposal For Will – Sarah Goes Into Labor – Brady Causes Tension