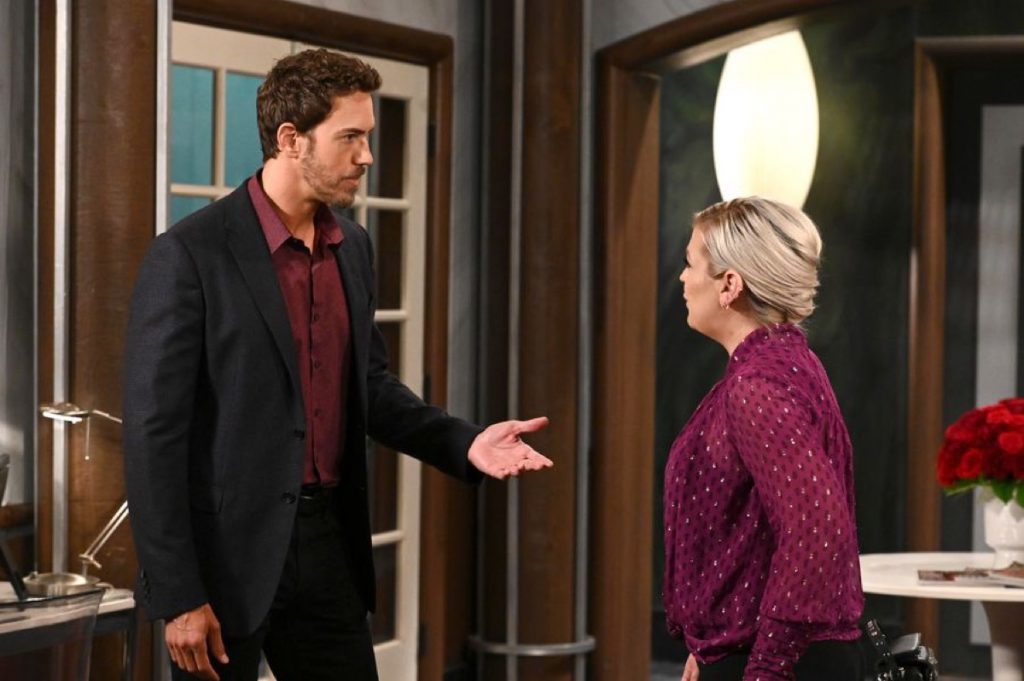 General Hospital (GH) spoilers tease that Maxie Jones (Kirsten Storms) is feeling unappreciated lately. Will her dissatisfaction at Crimson lead her to make a bold choice? Will she leave the magazine after years of giving her all to the magazine.

Nina Reeves (Cynthia Watros) has been in charge at Crimson for a while now, but she has had personal issues and more often then not, Maxie has had to basically run the magazine all her herself. She’s been quite successful at it as well. But now that Nina and Valentin are broken, Nina has returned to take back her duties full force. But where does this leave Maxie?

Maxie Jones has tried to ask for more responsibility

Maxie has offered to help Nina with the transition, but Nina has brushed off every suggestion of Maxie’s. It’s obvious that Maxie is getting frustrated. She has obviously outgrown her assistant position. But is it the right time for Maxie to make a major change? Maxie has shared her ideas for launching her own magazine with her best friend, Lulu Spencer (Emme Rylan).

With a plan in place for what a new magazine would be, Maxie would just need to come up with a business plan. The fact that she has been doing projection for Crimson in Nina’s absence makes it seem like Maxie could handle both the business and creative end of launching a new magazine. But does she have enough confidence in herself to make that step. Perhaps Damian Spinelli (Bradford Ashford) can give Maxie the confidence push that she needs when they reconnect in the near future.

Is Maxie ready to cut the cord and leave Crimson after all these years? Is she ready to start her own magazine? Can Lulu and Spinelli convince Maxie that she is ready? Only time will tell, so stay tuned to General Hospital airing weekdays on ABC. And don’t forget to check back here regularly for all your General Hospital news, information, and spoilers!

The Bold and The Beautiful Spoilers: Wyatt and Sally On Verge Of Break Up, Flo Temps Wyatt