The Bold and The Beautiful Spoilers: Wyatt and Sally On Verge Of Break Up, Flo Temps Wyatt 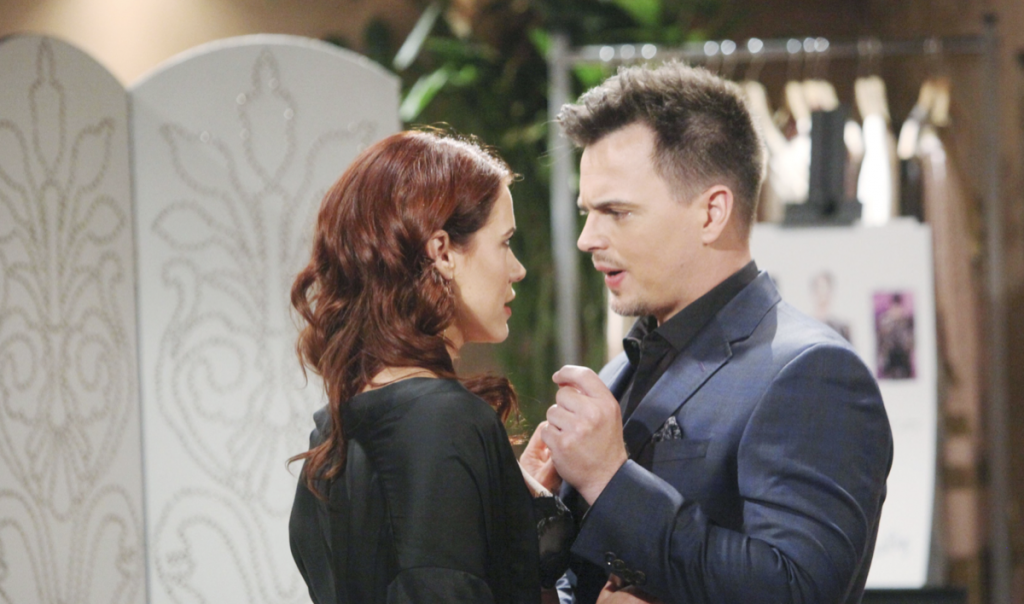 Another new round of B&B spoilers brings us amazing news about future events. Wyatt Spencer will have to make a difficult decision and this will greatly affect Sally. Recent times have not been easy for the couple, however, things could get worse as the drama intensifies.

Sally is sure of her love for Wyatt and does not hesitate to show her feelings, it is Wyatt who does not finish accepting what he feels for Sally, this could cause a separation that would break her girl’s heart. To be quite fair we have to remember that Sally made a mistake by confusing the name Wyatt and calling him Liam. Although it seems silly, we know that Wyatt takes things very seriously and this would be one of the reasons he doubts his relationship.

B&B Spoilers – Sally will end with a broken heart

One of the disadvantages of loving as hard as Sally does is that most of the time she can get hurt and with a broken heart. Wyatt has been playing to be a good boy for some time, but at present he seems to be willing to end his relationship with Sally, although that causes both of them a lot of pain.

The couple has been struggling to stay together despite all the adversities, but things are no longer so easy and everything could end at any moment. Will Wyatt be able to break the heart of the woman he loves? Most likely, he has already made a decision and is just waiting for the right time to act.
The drama at B&B intensifies as one of our favorite couples face this hard time.

The Bold and the Beautiful Spoilers: Wyatt Turns Down Mysterious Woman Wearing Nothing But Lingerie https://t.co/ccYY1fSoxq pic.twitter.com/JLDmhhXwYB

B&B spoilers reveal that Wyatt will have to make an important decision, and this will have a lot to do with the return of “Flo” Fulton to the city. Wyatt and Flo will have a quick encounter that seems to revive some old passions. If things were bad enough in the relationship with Sally, they are about to get worse.

His feelings are in chaos, he didn’t expect to meet Flo and now that he has seen her again he doesn’t know what to think. Wyatt doesn’t want to hurt Sally, and if he isn’t sure he wants to be with her, it would be selfish of him not to tell her the truth. In the next episodes of B&B, we could witness a possible betrayal and the end of the relationship between Wyatt and Sally. Will Flo be the apple of discord that will separate this couple? Will love be enough to resist Flo’s return?

All this and much more we will know in the next episode of B&B!