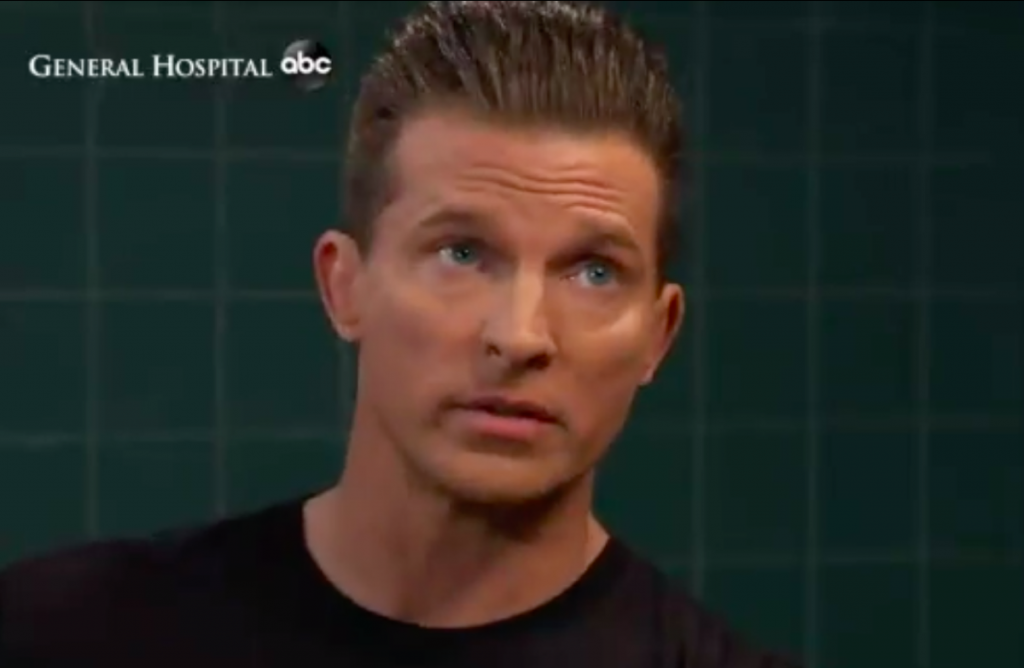 General Hospital’s Robert Scorpio (Tristan Rogers) has agreed to help Jason Morgan (Steve Burton) and Sam McCall (Kelly Monaco) if they provide evidence against Peter August (Wes Ramsey). Will Hamilton Finn (Michael Easton) be the one to supply it?

General Hospital’s Anna Devane (Finola Hughes) has incriminating evidence against Peter. However, Anna believes she is Peter’s mother. Anna is torn over whether or not to turn her findings over to the police. Anna doesn’t want to be the person to send her son to prison.

Peter, however, could be Anna’s nephew instead because, in reality, Alex Marick (Finola Hughes) is probably Peter’s mother, not Anna. This does not change how Anna feels about Peter or her desire to protect Peter. Anna knows that the evidence is stacking up although she doesn’t want to face it. Will Anna continue to cover for Peter?

General Hospital’s Finn wants to protect Anna. Anna is a WSB agent who is withholding evidence. Anna could lose her job as well as be considered an accessory to any further crimes Peter commits. Finn has no intention of allowing Anna to compromise herself whether Peter is her son or not.

Finn has repeatedly encouraged Anna to turn Peter into the cops. Anna continues to hold back and make excuses. Finn is being pushed into a corner and feels he has no choice but to protect the woman he loves. However, protecting Anna could cost him his relationship with her. Will Finn betray her trust and give up the evidence against Peter?

General Hospital’s Jason is determined to help Sam at any cost. Jason feels that Sam is being unfairly punished for his crimes. Unfortunately, Jason and Sam aren’t even allowed to speak thanks to her parole officer. Jason feels that Peter is behind this and is determined to make him pay. Jason went to Anna in good faith and told her what he suspected. Anna has the evidence to prove Jason’s right.

Peter is only alive out of respect for Anna. Peter is responsible for Jason being held prisoner for five years. Jason also knows that Peter is the person who hired Bryce Henderson (Brian Gross) to say Sam was behind Shiloh Archer’s (Coby Ryan McLaughlin) escape. Jason was willing to overlook what Peter did to him but continuing to harass Sam is a completely different issue. Sam would have never gone to prison if it weren’t for Peter. Jason knows this and is determined to prove it. Could Jason approach Finn for evidence? Could Finn hand over what Anna has on Peter to Jason since she won’t go to the police?

Finn has knowledge that would save Jason a lot of time. Finn also knows it could keep Anna from going to jail as well. Finn also knows Sam and would be willing to help her. Could Finn be the reason Sam’s name is cleared? Will Finn at least give Jason enough evidence for Damien Spinelli (Bradford Anderson) to discover what Anna already knows?