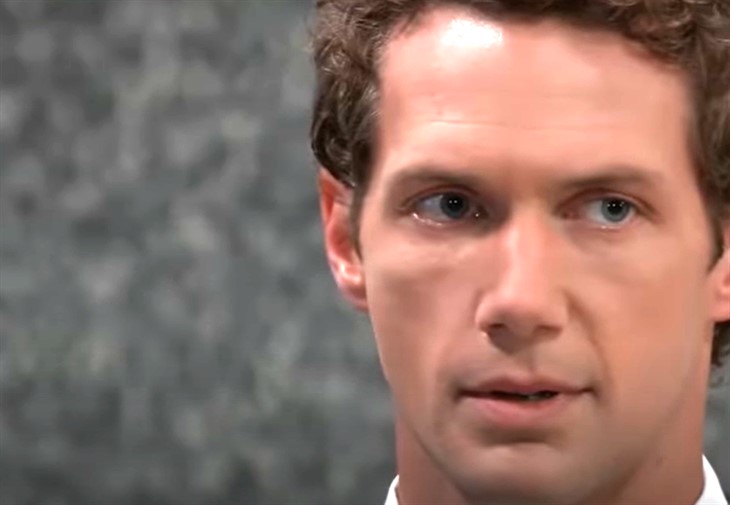 Brando’s heart seems to go out to Sasha, although it may just be that he has a kind heart. Brando was not going to just let Sasha die from a heart attack caused by an overdose in Cyrus Renault’s (Jeff Kober) apartment, regardless of what Cyrus’ opinion was. Cyrus told Brando, who had infiltrated his circle as his driver to get rid of Sasha. Cyrus didn’t intend for Brando to call 911 or to find out she’d been admitted to General Hospital, where he has recently made himself the head honcho!

Brando, as General Hospital viewers will recall, had tangled with drug addiction in his own past, and so he would feel strong empathy for Sasha’s predicament. It is not unusual for people to be drawn together when they have been in similar circumstances – Michael Corinthos (Chad Duell) and Willow Tait Corinthos (Katelyn MacMullen) met in a group for grieving parents. Alexis Davis (Nancy Lee Grahn) and Dr. Hamilton Finn (Michael Easton) were in an addiction and alcoholics support group together and looked like they could become a couple, although it didn’t go any further between them; besides, pretty brunettes with long hair seem to be Brando’s type! Sasha seems drawn to men with kind hearts who won’t judge her, and Brando certainly fits that description!

Brando reaches out to Sasha to try and help her. Even though he could be putting himself at risk from getting on the wrong side of Cyrus by visiting her in her hospital room at GH, he wants to check up on her now that she is conscious. He looks at her in her hospital bed, and asks her if last night scared her straight! She looks a little confused. Brando will likely be candid with her and let her know that he was once an addict – in fact, he did some prison time over it.

Sasha already got the third degree from Epiphany Johnson (Sonya Eddy) and knows she could have died from the heart attack caused by the drugs that Cyrus had given her when they had dinner together in his apartment the previous night. Sasha will probably wonder why Brando is being so nice to her and why he’s working as a driver for Cyrus; she was still with Michael when Brando first came to town and would know he’s a cousin of Sonny’s. However, when Sasha was with Michael she didn’t know a whole lot about Sonny’s other business, the one that they don’t talk about. She of course knew about the attacks on the Corinthos Coffee warehouse and on Sonny, Mike Corbin (Max Gail) and Jason Morgan (Steve Burton) in the bar in New York about a year ago.

She would have known through Michael, as they were very close back then. Brando will probably not tell her too much about his duties for Cyrus other than maybe it’s a side hustle, and he only gets him where he needs to go. But he will let her know that he’s there for her anytime she needs him! It could certainly turn into more as time goes on!