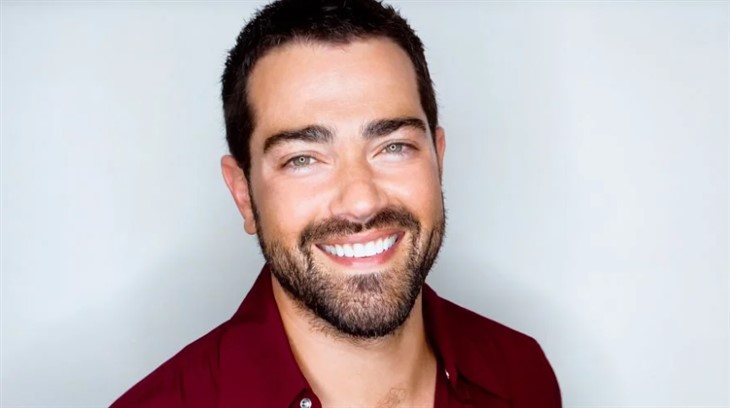 ABC Dancing with the Stars spoilers reveal that actor and musician Jesse Metcalfe is one of the celebrity dancers on Season 29 of the popular dance show. Metcalfe starred on the NBC sudser Passions and Desperate Housewives. And since 2016 he has starred as Trace Riley on Hallmark Channel’s hit series Chesapeake Shores.

Here are five things you need to know about DWTS Jesse Metcalfe.

According to E! News the handsome and talented actor is dating model Corin, Jamie Lee Clark. Prior to this, Jesse broke up with a long time love Cara Santana. The pair were together for 13 years, were engaged in 2016, and split this year after 13 years together. They had gotten engaged in 2016.

#2 Where Did Jesse Metcalfe Get His Big Break?

Jesse’s big break came when he was cast as the handsome gardener on Desperate Housewives. Jesse played hunky John Rowland, the teen gardener Gabrielle Solis (Eva Longoria) had an affair with in the first season. Due to the affair, he was seen throughout the first season, and he returned in seasons 2, 3, 4, and 6.

#3 Jesse Metcalfe Has Talked About His Struggles

In 2007 Jesse completed rehab for addiction issues. In 2018 he addressed his addiction issues on Insta saying, “These were some of the darkest days in my addiction,” along with a pic of himself from March 19, 2007, the day he checked himself into rehab after a 3-day binge.

In 2008 Jesse incurred a serious injury when he fell off of a balcony. He was at a party following the World Music Awards in Monaco. At the time Jesse fell from a second-story ledge and broke his fibula which meant he had to be hospitalized. In 2009 he told People how it happened, saying, “I went to sit back on this railing and just slipped off. I landed on my feet and I broke my leg. I got lucky.”

Dancing With The Stars Season 29 Spoilers: Fans Worried Tyra Banks Will Make Season All About Herhttps://t.co/drELmjk2k3

#5. Jesse Metcalfe Is A Primetime And Daytime Star

Jesse started his career in the daytime, on the soap opera Passions. He then switched to Desperate Housewives, and along the way has starred in film and television shows. He starred as Christopher Ewing in the Dallas reboot for three seasons and he currently stars as Trace Riley in the Hallmark series Chesapeake Shores.

In addition to starring in several Hallmark Channel TV films, he played John Tucker in the 2006 teen film John Tucker Must Die.

Be sure to catch up on everything happening with Dancing with the Stars. Come back here often for DWTS spoilers, news, and updates.