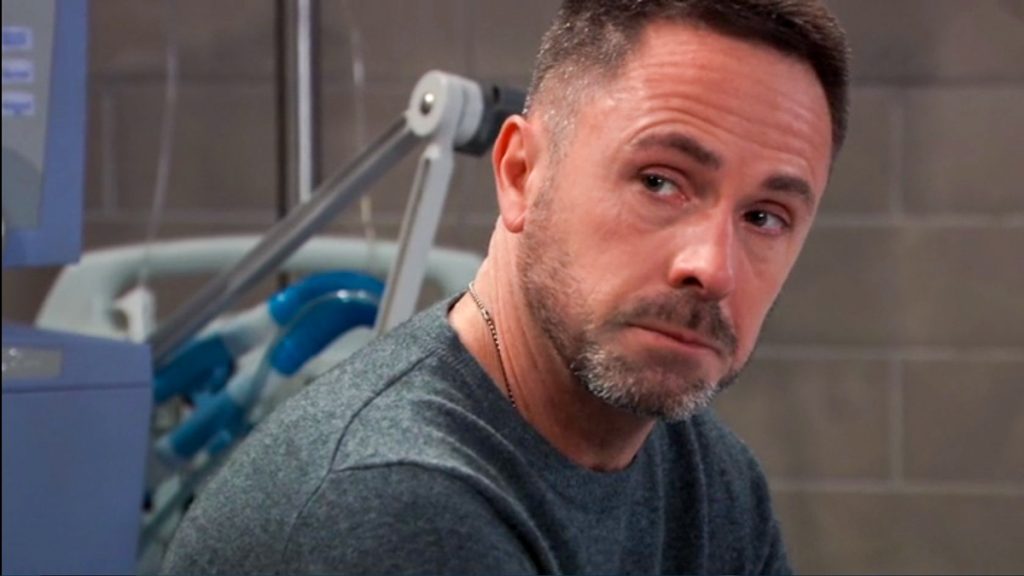 General Hospital spoilers tease that Julian Jerome (William DeVry) will visit Brad Cooper (Parry Shen) to confront him about his carelessness with his continuing to be a Lone Ranger regarding the care of Wiley Cooper-Jones (Erik and Theodore Olson) in an upcoming episode of General Hospital!

GH Spoilers: Brad Cooper Is Exhausted, Distracted, And Totally Off His Game And Has Been Letting Stuff Slip!

Not only is Brad exhausted, distracted, and totally off his game, but he’s been letting stuff slip that he shouldn’t! Nelle Benson (Chloe Lanier) is out of Pentonville Prison, having an early parole due to overcrowding, and Brad needs to be extra vigilant to ensure that she doesn’t get near Wiley, and yet he hasn’t been accepting the help he needs to take care of him, and worse than that, he’s been letting stuff about Wiley slip that he shouldn’t – stuff like when Brad is taking Wiley to see Lucas Jones (Ryan Carnes) in Turning Woods, Wiley’s day care schedule when Brad is at work, without taking care who might hear! Dawnies are everywhere, and since Nelle has made the announcement that she is Shiloh Archer’s (Coby Ryan McLaughlin) widow, she may have taken advantage of Shiloh having so many former followers and have them scouting for her!

Brad had called Julian when Michael had offered to hire a nanny, and told Julian there was big trouble! Brad is in full paranoia mode when it comes to Michael hiring a nanny, and yet is careless who he talks about Wiley to! Julian told him a nanny would be an excellent idea! Yet, Brad is convinced that no one but him and him alone should take care of Wiley. It’s not like Wiley even knows enough words to tell somebody he’s Jonah Corinthos, let alone know! It is an interesting dilemma though – what if Wiley has been in the middle of every conversation that has taken place about him really being Michael’s son Jonah, and all of a sudden his first words are “I’m Jonah!” He will start talking one of these days, and maybe that is what Brad is paranoid about letting anyone else care for him!

Julian visits Brad and confronts him about being a lone ranger daddy and that he needs to accept some help; he is not doing Wiley any good by being so tired out that he can’t properly keep an eye on him! Then there’s the issue of carelessness and loose lips, and the huge issue of Sonny Corinthos (Maurice Benard) having known what he and Brad were talking about on the docks that day, and keeping his eyes on Julian as well. There are issues of Wiley’s safety if Brad is not up to taking care of him properly, as he is rapidly growing into a toddler. Toddlers climb. Toddlers are curious. Toddlers get into everything. Toddlers need constant supervision, sitting them in a high chair in front of the TV or putting them in a playpen doesn’t work anymore! He will tell him he needs to get some help for Wiley and maybe try to force him into it!