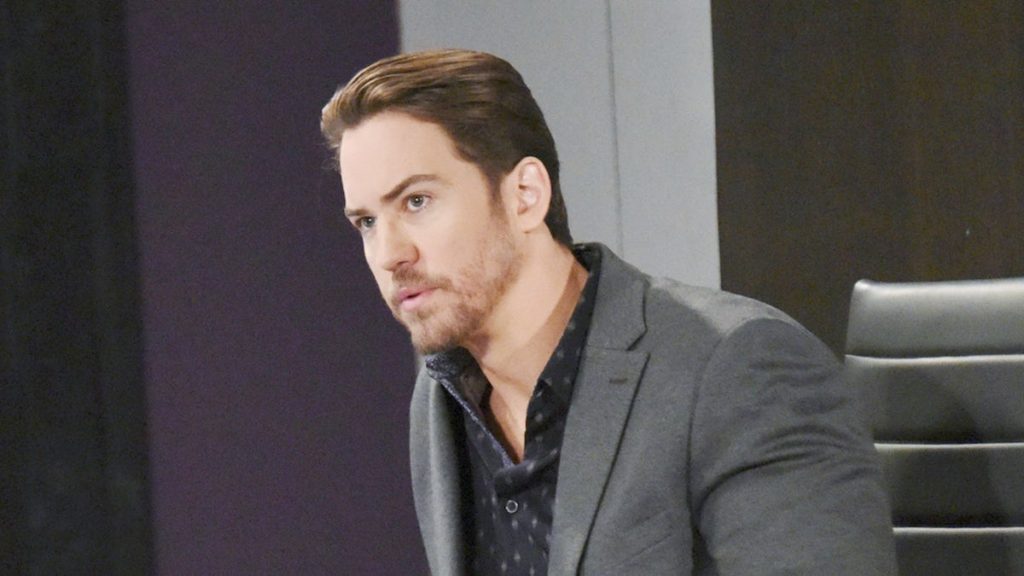 General Hospital spoilers reveal there is more trouble for Sam McCall (Kelly Monaco). Peter August (Wes Ramsey) frames Sam. The co-head writers spoke out about the storyline, teasing that there is “no obvious way out of this.” Keep reading to find out the details.

Just when Sam thought the legal troubles were behind her, something else happens. Peter is desperately trying to cover his tracks. That means he needs someone else to take the fall. The easiest person to blame and frame is none other than Sam McCall.

In the latest issue of Soap Opera Digest, co-head writers Dan O’Connor and Chris Van Etten talked about the storyline. The scribes explained that Peter has Bryce Henderson (Brian Gross) identify Sam as the person who hired him to kill Shiloh Archer (Coby Ryan).

Due to Sam being identified as the alleged murderer, she is once again arrested. However, at the police station, Jason spots Bryce. Alarm bells go off for Jason and he is positive that Sam is innocent, which means someone is setting her up.

General Hospital spoilers reveal that while Sam is at the police station, Jason decides to investigate. After he leaves, Sam is arrested for Shiloh’s murder.

No Obvious Way Out

GH spoilers tease that Sam is worried and she doesn’t know how to get out of this situation. Van Etten explained that as far as Sam is concerned, she can’t see any way out.

“This is bad news. She knows that she is in a bad spot. There is no obvious way out of this and there is no assured way out of this. She is very concerned that whatever web has been constructed, she’s right at the center of it – and she’s not the spider!”

Jason Morgan Closer to the Truth

Meanwhile, Jason finds Andre Maddox (Anthony Montgomery) and shows him a picture of Bryce. For quite some time, Jason’s gut told him Peter was involved in all of this. He also has a sneaking suspicion that Bryce is connected to Drew Cain’s (Billy Miller) disappearance and Andre’s attack.

With the revelation that Bryce named Sam as Shiloh’s killer, he is getting closer to uncovering the truth. This is confirmed once Andre looks at Bryce’s photo.

“‘Yes, that is the guy who tried to kill me.’ And now Jason is one step closer to ID’ing Peter as the person behind all of this.”