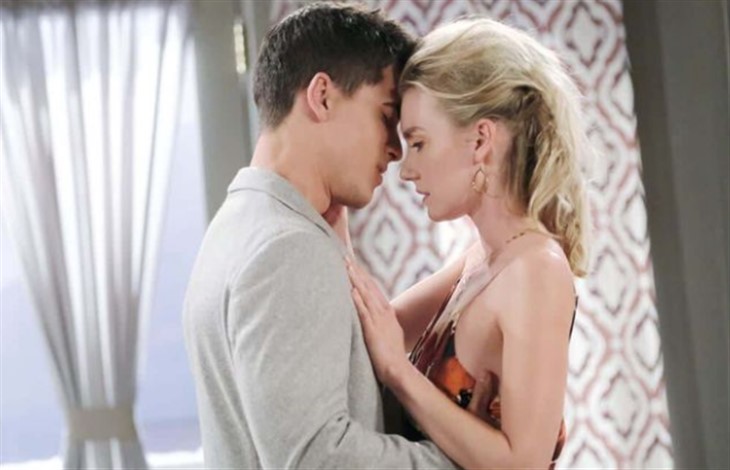 Days of Our Lives spoilers reveal that Ben Weston (Robert Scott Wilson) causes a fight between a new couple. Of course, he doesn’t do it intentionally. It seems Charlie Dale (Mike C. Manning) throws a temper tantrum over Ben and Claire Brady (Isabel Durant) talking. The two look like they get into a very public fight according to a sneak peek picture.

Days Of Our Lives Spoilers – Checking Up On Ben Weston

DOOL spoilers reveal that ever since Ciara Brady Weston (Victoria Konefal) died, Claire has been concerned about Ben. She has tried to check up on him every once in a while. She will do this again during the week of November 30. However, their conversation is seen by Charlie, who instantly gets jealous and makes assumptions.

Last time Charlie got jealous, he wasn’t yet dating Claire. So, he didn’t say anything and just treated her very cold. This time, the Titan intern will react differently. He will accuse Claire of sleeping with Ben! He also does it right in the middle of the town square, making the fight very public.

Days Of Our Lives Spoilers – Claire Brady Not Believed

Days of Our Lives spoilers reveal that Claire will try to explain that there is nothing going on between her and Ben. Even though Charlie tries to believe her, he really doesn’t. Ben becomes an instant enemy and competition. We are starting to see some very disturbing behavior with Charlie and are worried about Claire’s possibly dating a controlling abuser.

DOOL Spoilers All Those Red Flags

Charlie has shown a lot of red flags since his arrival in Salem. He acts like a sweet, shy gentleman in front of most people. However, he did get in Tripp Dalton’s (Lucas Adams) face and show a very different side to him. Then, there was the cold and cruel way he treated Claire after she kissed Theo Carver (Cameron Johnson). The two weren’t even dating at the time, so that reaction was completely uncalled-for.

Now, he is going to accuse Claire of cheating on him with Ben simply because they were talking? We don’t see a good future here and are worried that Charlie could be dangerous. What do you think of the new Titan intern? Does he have a reason to be jealous or is something very wrong with him?