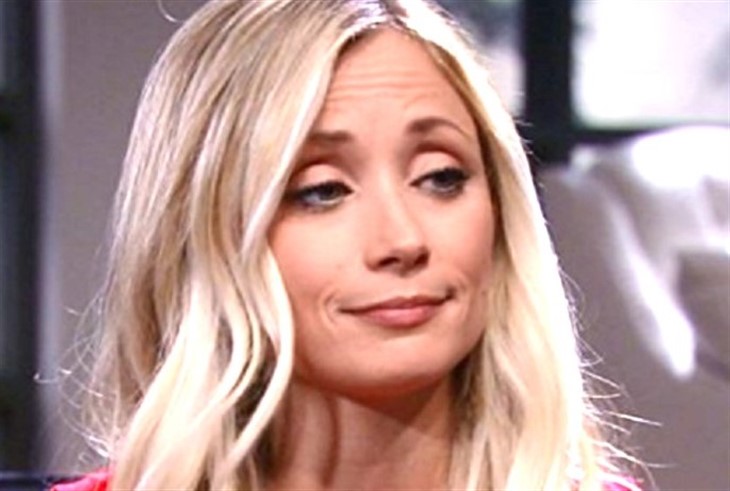 In a shocking move, General Hospital’s Emme Rylan’s exit was recently announced. Fans thought that things were looking up for Emme’s character when she walked out of the Floating Rib explosion alive. However, in Port Charles, NY Lulu sat at the hospital waiting to be checked out by a doctor. Apparently, someone missed the need for Lulu to be checked out even though she arrived with a head injury. However, before her collapse, Lulu managed to mutter a final “I love you” to Dante Falconeri (Dominic Zamprogna). Is this the end for Lulu and Lante?

General Hospital’s Lulu has been taken into emergency surgery and survived. Unfortunately, Lulu is in a coma that she may not wake up from. Neither Laura nor Dante got to see Lulu before she went into surgery because her condition was so bad.

Dante had insisted that Lulu go to the ER and see a doctor. However, Lulu waited an unreasonable amount of time to be seen by a doctor and Maxie Jones (Kirsten Storms) talked her into speaking to Dante. When Lulu left the ER to meet Dante she had no idea how bad her injuries were. Unfortunately, she may never have the chance to tell Dante how she feels.

General Hospital’s Lulu told Dante she loves him right before she passed out. However, it seems that Dante didn’t hear or see her mouth those words. Dante must have looked away or even noticed that something was wrong with Lulu. Dante immediately grabbed Lulu and rushed her to the ER. This may have been too little too late. General Hospital fans had hoped for a reunion between Lulu and Dante when he returned to town.

Things didn’t exactly go as planned when Dante found Lulu living with Dustin Philips (Mark Lawson). Dante hoped to find his family waiting for him when he returned as well, although he had told Lulu not to wait. Dustin was killed and Maxie encouraged Lulu to tell Dante how she felt before it was too late. It may turn out that Lulu still waited too long.

General Hospital’s Dante had a long time to think while Lulu was in surgery. Dante has admitted that he shouldn’t have left. If Dante hadn’t gone after the man who attacked Lulu years ago, he would have not needed the therapy that caused him to file for divorce. Is Dante destined to live with the regrets he now has? Will Lulu eventually wake up and reunite with the love of her life?

Perhaps Lulu will be recast in the future instead of dying from her injuries but only time will tell.

Young And The Restless Spoilers & News: Melody Thomas Scott Almost Starred On A Sitcom Instead Of Y&R