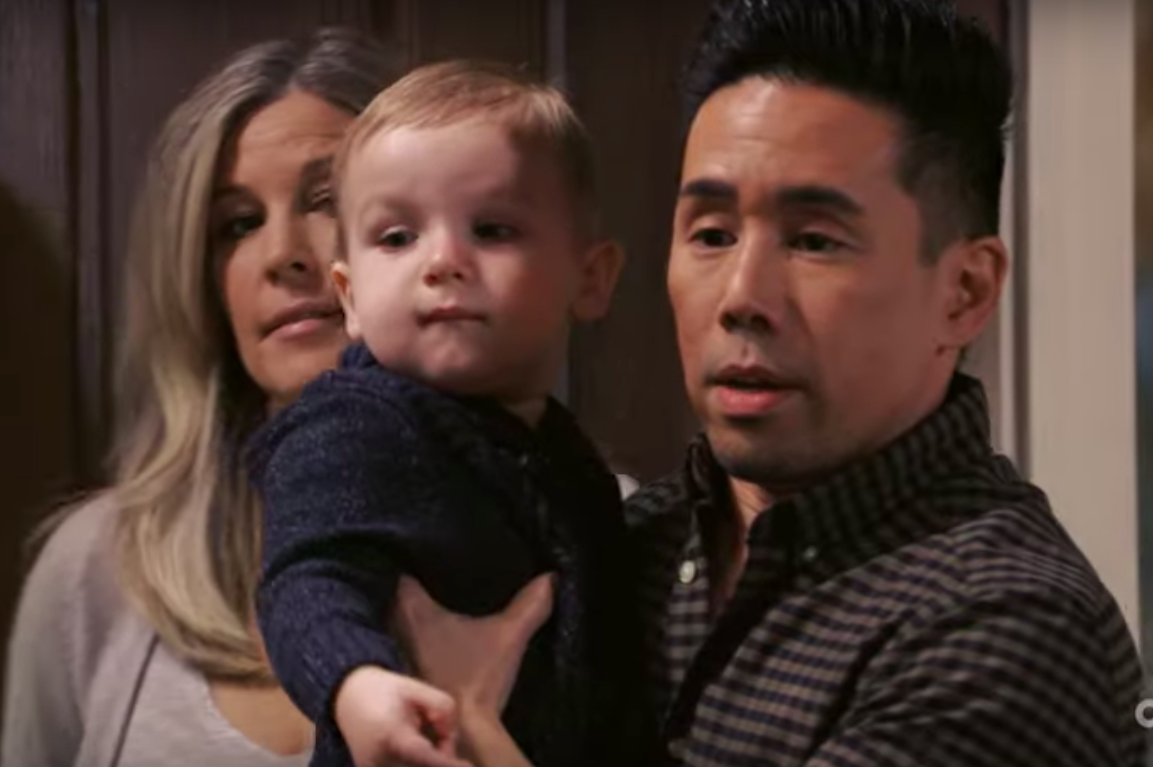 General Hospital spoilers tease that Julian Jerome (William DeVry) will call a truce with Brad Cooper (Parry Shen) for Wiley Cooper-Jones’ (Erik and Theodore Olson) sake, knowing that the tot is starting to understand what people are doing and saying around him, in an upcoming episode of General Hospital!

Wiley Cooper-Jones Has Been Fussy And Agitated Lately

Wiley has been fussy and agitated lately, and while some of it can be blamed on teething, he seems to be reactive to all the chaos that is around him, mainly being contained in his adoptive father, Brad. Julian notices this when he is around Wiley and Brad and even though he is not the most experienced parent in the world, it’s pretty hard to miss.

When Brad’s upset, Wiley is upset. When Brad is agitated, Wiley is agitated. When Brad and Julian argue, Wiley starts to cry! Julian realizes that for Wiley to be happy and peaceful, his surroundings need to be happy and peaceful, and Julian has decided to take a step towards making that happen by calling a truce with Brad and trying to help out whenever he can, since Brad is so obviously overwhelmed.

Lucas Jones Is Still In A Coma And Unresponsive

Lucas Jones (Ryan Carnes) is still in a coma and unresponsive, and doctors don’t know if he will ever wake up; his brain seems to have functionality, but it’s just that it’s asleep, in a since. He is on life support as far as oxygen to help him breathe.

Wiley knows that Lucas has not been with him and not held him for a long, long time, and he doesn’t understand where he is or why he isn’t home. Wiley misses Lucas, as his whole family does. Julian still deals with his own guilt as to how Lucas came to be in this situation, although of course he has to keep this to himself, not wanting to be implicated in the accident that was meant to kill Brad and free Lucas from this horrible little slimeball of a husband!

Brad seems to be rather emotionally dependent on his father in law, but will he accept Julian’s help? Julian may even consider moving in with Brad in order to help with Wiley, and besides, it may be safer for Wiley with Julian there since Brad is so absent minded and stressed out that he even forgets to feed him sometimes! That’s not a good thing, and Julian could be a stabilizing influence in Wiley’s home environment if Brad will let him!