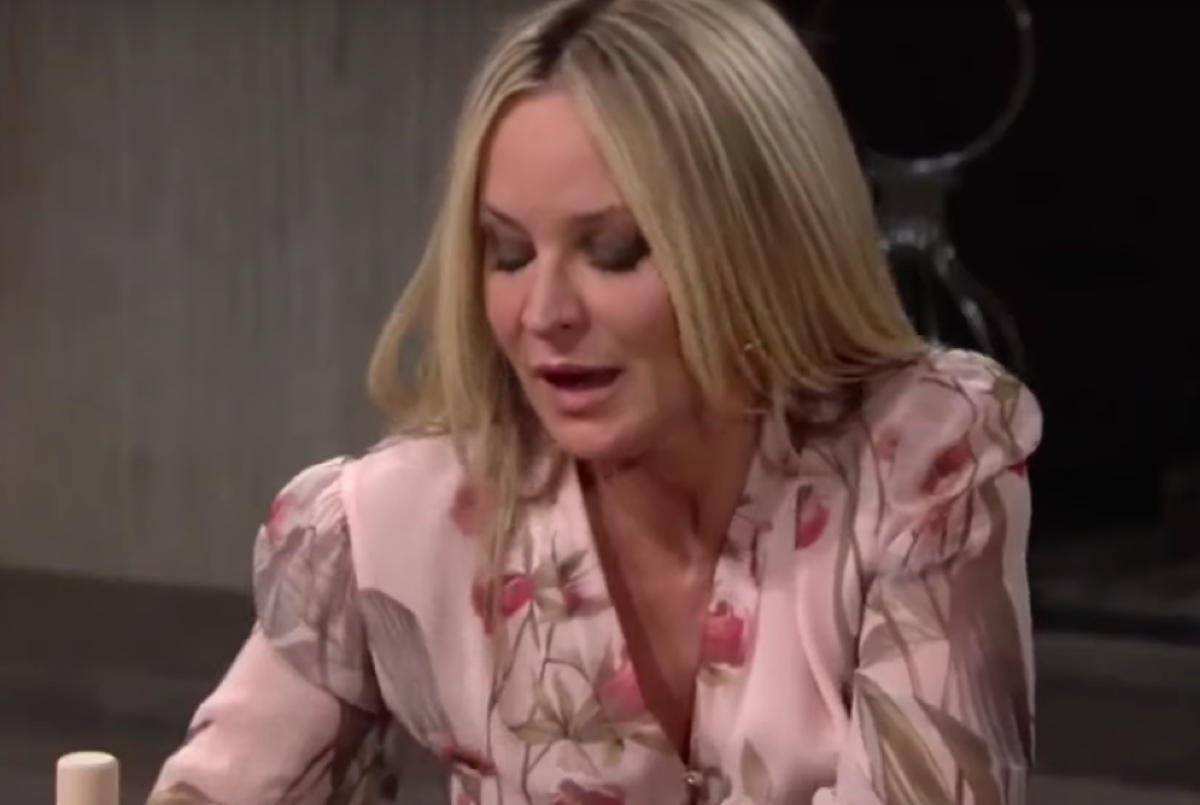 Sharon tries to prepare for her chemotherapy stage of treatment by keeping busy, specifically by preparing, cooking, and freezing meals in case she doesn’t feel like cooking when she is undergoing the treatment. She also tries to do as many normal things as she possibly can, in an effort to feel normal and to feel like her life is normal, but she probably is overdoing it a little bit and overcompensating a little bit as well.

But then keeping busy helps many people dealing with a devastating disease as Sharon is to cope with their lives and to feel like they still have a little bit of control!

Sharon has been also keeping busy studying up on all the latest protocols for treatment of breast cancer, and notes to her significant other, Rey Rosales (Jordi Vilasuso) that chemotherapy has made great leaps and bounds, and that she may not feel as bad from the chemo as soon, and perhaps even if she does, it won’t be as bad as it once was, given all the improvements to the medications and technology over recent years.

Young And The Restless Spoilers: Sharon Newman Gets Ready For Bed And Hears Someone Call Her Name

Sharon gets ready for bed, and as she starts to fall asleep, suddenly hears someone call her name! She looks up and at first she is pleased, thinking it is her grown daughter Mariah Copeland (Camryn Grimes) but then realizes it’s Cassie Newman (Camryn Grimes), Mariah’s twin, who had died some years previously in an automobile accident.

The Young and the Restless Spoilers: Amanda’s Trouble Arrives – Past Problems Return With a Bang https://t.co/lfqY0LTT5A pic.twitter.com/5yvHXgi6ba

Sharon is not afraid, believing that the afterlife has chosen to allow Cassie to come for a visit just when she needs her the most! Longtime viewers of The Young and The Restless will recall that Cassie was a daughter that Sharon had given up for adoption. Grace Turner (Jennifer Gareis), Sharon’s best friend, had tracked Cassie down in hopes of reuniting her with Sharon, but then had decided to keep the girl for herself. An entire year passed before Sharon learned Cassie was her daughter, afterwards regaining custody with her husband Nicholas Newman (Joshua Morrow), who adopted her and became her legal father.

In 2005, Cassie died from injuries sustained in a car accident. This traumatic incident led to the dissolution of her parents’ marriage and numerous events thereafter. Cassie continued to appear throughout the years following her character’s death, usually in dreams or as a hallucination to the mentally ill. Cassie’s ghost last appeared over the course of 2013 to 2014, after which Cassie’s previously unknown twin sister, Mariah Copeland first came to Genoa City.