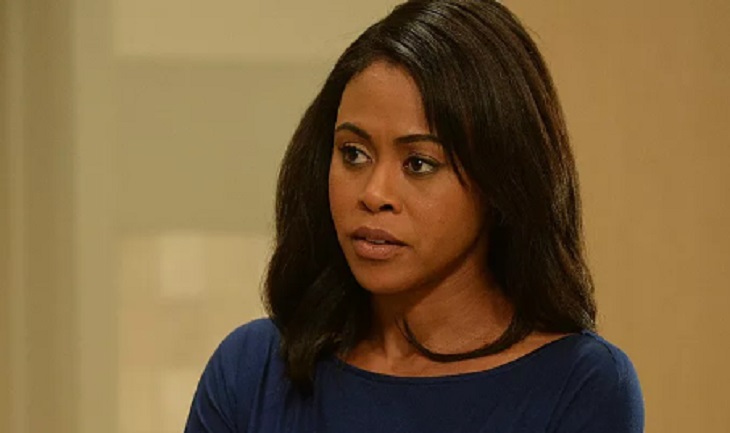 General Hospital spoilers tease that there’s a good possibility Vinessa Antoine’s character Jordan Ashford might be recast, especially since the actress is leaving the soap to headline her own primetime television show, Diggstown.

Seeing how Stella has been calling Chandra nonstop lately, it’s just a matter of time before Curtis’ ex-girlfriend will show up in Port Charles again. But who will play the character remains to be seen.

According to her description, she is a beautiful, dynamic and smart African-American woman in her 30s who plays both sides of the law, only to add her own fuel to the fire. Now we don’t want to make any premature assumptions, but this definitely sounds like Jordan to us!

There are some people that have even suggested the role should be passed on to someone like Mischael Morgan. The actress, who recently left The Young and the Restless because of her contract negotiations, doesn’t have any other projects in the pipeline right now.

Seeing how she fits the description of Jessica almost perfectly, it would be great to see her make the jump from Genoa City to Port Charles. Fingers crossed!

General Hospital airs weekdays on the ABC network. Check your local listings for times. In the meantime, let us know what you think by leaving us a line with your thoughts in our comments section below. Don’t forget to check back with Soap Opera Spy for all the latest news, updates and spoilers on General Hospital and all of your favorite daytime television shows right here!

Days of Our Lives Spoilers: Eric Pops The Question – Jennifer’s Shocking Discovery Could Change Everything