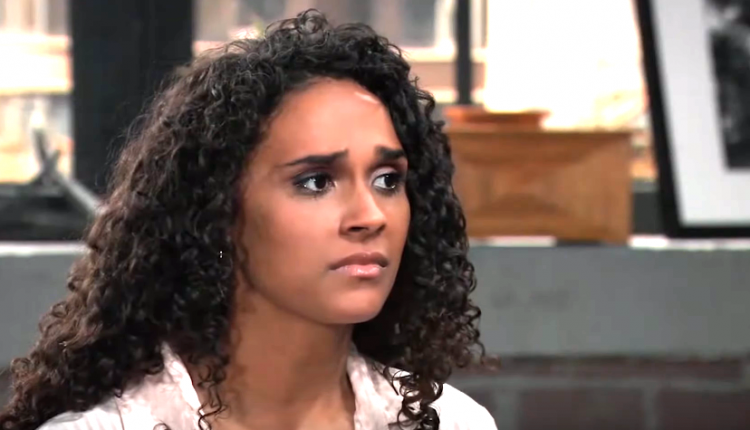 General Hospital (GH) spoilers revealed that Jordan Ashford (Briana Nicole Henry) was just off her rocker crazy recently when she exploded in psycho fashion at poor Molly Lansing-Davis (Haley Pullos). Many GH fans will agree that the entire thing with Jordan is getting out of hand (and over the top).

Some GH viewers may agree that Jordan’s behavior toward Molly not that long ago was entirely uncalled for. Fans ought to remember that Molly has been a part of Jordan’s life, and TJ (Tajh Bellows) only love interest for the past eight years. Many feel that Molly is completely justified in her fear and angst. Shouldn’t Molly be privy to TJ’s whereabouts, his safety, and whether or not she actually has a relationship with him anymore?

Apparently, Jordan is willing to sink to the bottom of the barrel when it comes to her behavior. Oh sure, Jordan has to prevent anyone from discovering her plan to get rid of Cyrus Renault (Jeff Kober) so she can rescue TJ. Some might argue that Jordan didn’t really want to say all the horrible things she said to Molly … even stating flat out that the fact TJ is missing is totally Molly’s fault! Of course, it was all a game of misdirection. Jordan’s behavior was all in the name of keeping Molly from pursuing the truth.

A big question here is why she really needed to do that. Wouldn’t it have been simpler to bring Molly in on the plan? Wouldn’t it have been kinder to tell Molly the truth, and because she’s a family member, gain her support? Could Jordan have then sworn Molly to silence? Many GH views think, “Yep. Jordan absolutely could have done that.” But, no. Jordan was a bitch.

The truth is, at some point, TJ is probably going to gain his freedom. TJ will walk away from his horrible experience at the hands of Cyrus Renault and he’ll want to walk back into the arms of the woman he loves. However, oops! Jordan broke up with Molly for him.

What do GH viewers expect TJ to do when he finds out what Jordan has done?

When all is said and done, Jordan might protest that everything she did was done out of love for her son. However, for all the people who will have been hurt, Jordan’s excuses are going to ring hollow. First among these is probably going to be TJ. When he discovers that his relationship is nothing but ashes thanks to Jordan, TJ may walk away for good.

GH viewers may agree that if that happens, the fact that Jordan alienated TJ is perhaps the beginning of whatever comeuppance she deserves.