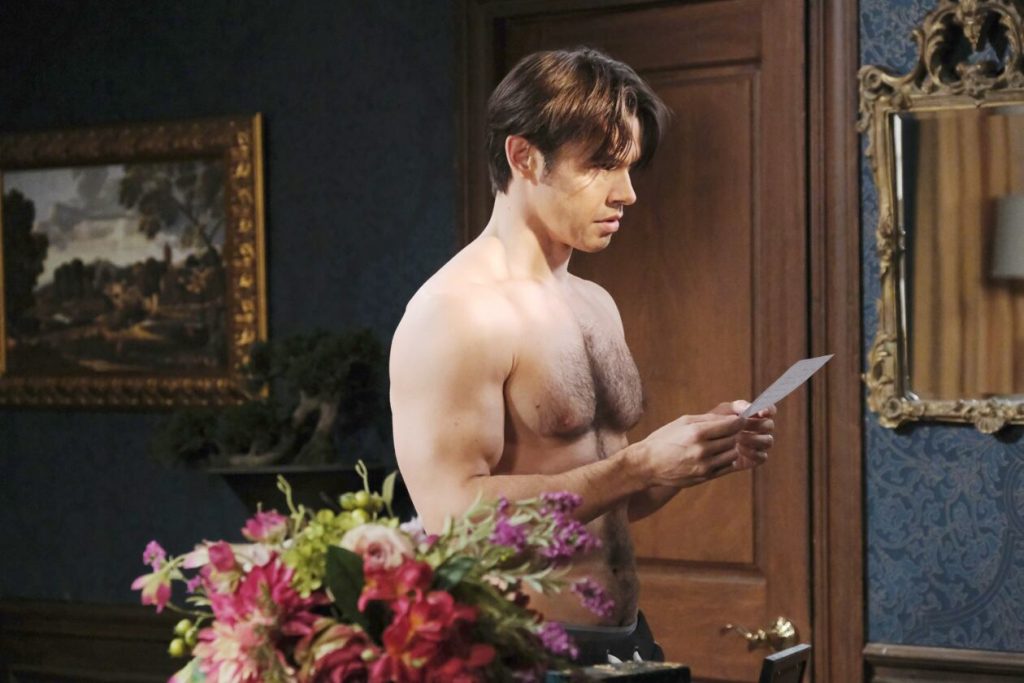 Days of Our Lives spoilers tease that Xander Kiriakis (Paul Telfer) will have an unsettling dream about Sarah Horton (Linsey Godfrey) in an upcoming episode of Days of Our Lives!

Xander Kiriakis’ Conscience May Be Getting To Him

Xander’s conscience may be getting to him, or it could be his fear of being found out that has caused the nightmare that he has about Sarah, who is asleep in bed beside him. As Days of Our Lives, viewers will recall, Xander had just paid Dr. Amanda Raynor (Victoria Platt) again to keep the secret that Mackenzie Horton (Josephine and Rosalind May) were switched with Rachel Isabella Black, and to leave town.

Nicole Walker (Arianne Zucker) once again has been putting her nose where it does not belong and has been suspicious that Xander and Dr. Raynor were keeping a secret, and it was confirmed when she turned in a DNA match request to Salem University Hospital, where Xander had taken great pains to keep one step ahead of her and pay off a lab tech to falsify the results. 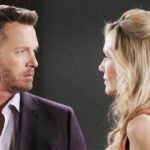 But one thing he knows – and fears – about Nicole, and that is when she thinks there is a secret, whether it is any of her business or not, she is like a dog with a bone and will keep digging until she finds what the secret is and then makes sure that whoever is keeping the secret is exposed for keeping it!

It honestly had not been like Nicole at all to keep secret Eric Brady’s (Greg Vaughan) presumed paternity of Sarah’s baby for over a year, but now the situation is even worse; if Sarah finds out it was her baby that died that night, and not Brady Black (Eric Martsolf) and Kristen DiMera’s (Stacy Haiduk) baby, Sarah will be devastated – but if she finds out he was part of the decision to switch the babies, that will even be worse! Victor Kiriakis (John Aniston) had pushed him into it, but that won’t make much difference, the outcome will be the same, and Sarah may even break up with him! Xander practically lives for Sarah and the baby, and he doesn’t want to lose either one of them!

Xander likely dreams his worst nightmare – that Sarah finds out the truth and that she breaks up with him and abandons him forever – and not only that, she will probably blame herself for her baby’s death in the hospital even though she should know better. She will regret wearing her seatbelt, the night of the wreck, because it was pressing on the baby when she was trapped in the car and she will think it was a factor in her baby dying after being brought into Salem University Hospital.

Viewers of Days of Our Lives will recall that she and Rachel were both ready to get their “baby tests” to make sure there were no abnormalities or issues that needed to be addressed, for instance, spending time under a bilirubin light until their livers function normally and they don’t have newborn jaundice. When Nicole tracked down Dr. Raynor in New York in Friday’s episode, she had told Nicole that Mackenzie had started having seizures and she couldn’t save her.

The seizures could have been caused by the baby not receiving enough oxygen pre-birth due to the too-tight seat belt and her brain having suffered damage as a result. She didn’t cry strongly like a newborn usually does either, and Xander, who had delivered her by the side of the road, tried to distract Sarah’s notice away from that until they could all get to the hospital. Xander will remain worried until he knows there is no reason too, but unfortunately for him, the truth is about to come out!