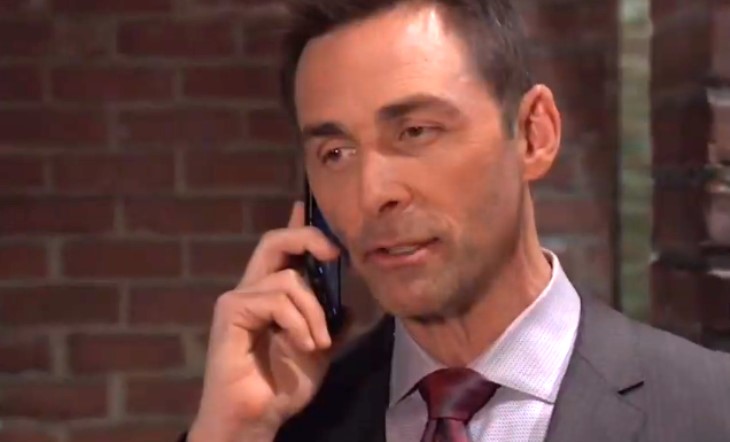 Valentin has made it clear that he wants controlling interest in the Quartermaine family business, and It looks as if he’s going to succeed. But the Quartermaine’s won’t go down without a fight, so look for the drama to heat up in the coming weeks.

Valentin’s plans started because he wanted to get revenge on Michael Corinthos (Chad Duell) for interfering with his plot to have Sasha Gilmore (Sofia Mattsson) impersonate Nina Reeves’ (Cynthia Watros) daughter. Valentin warned Michael there would be consequences. That’s when Valentin started looking into ELQ. He realized that ELQ could be quite profitable so he began quietly amassing shares of the company.

It’s safe to say that Valentin will shortly take over the company once he has a controlling interest. But the Quartermaine’s are not a family to be underestimated. Ever since Tracy Quartermaine (Jane Elliott) came over the holidays, she warned the family someone wanted their company. They reached out to both her and Luke Spencer (Anthony Geary) off-screen for insider knowledge about how the company runs.

Michael was CEO at the time, but he’s been distracted with the revelation that Wiley Corinthos (Erik and Theo Olsen) is actually his son. He stepped back and asked Ned Quartermaine (Wally Kurth) to run the company while he deals with personal issues. Ned is a terrific businessman, so look for him to rally the family. Valentin may win the battle, but the Quartermaine’s will likely win the war. ELQ means everything to the Quartermaine family.

General Hospital Spoilers – What Will happen?

Will Valentin succeed in his quest to take over ELQ? Will Ned and the other Quartermaine prove to be more formidable than Valentin knows? Only time will tell, so stay tuned to General Hospital airing weekdays on ABC. And don’t forget to check back here regularly for all your General Hospital news, information and spoilers!

The Young and the Restless Spoilers: Victoria Seeks Revenge For CEO Steal – Sets Sights On Adam