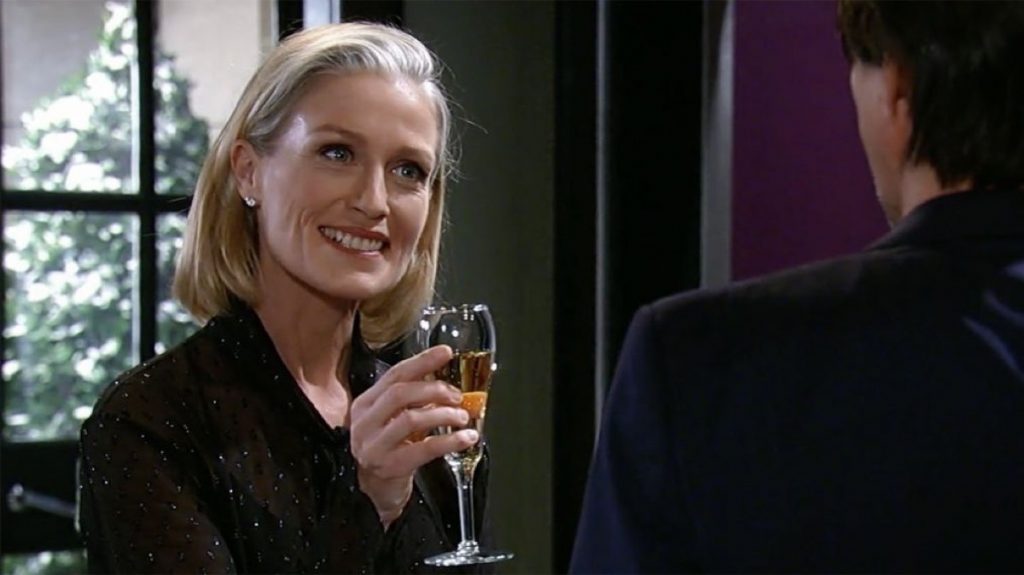 Jessica Tuck, who was part of “One Life to Live” “All My Children” and “General Hospital”, is joining “The Resident” on FOX as a guest star.

Tuck is playing the character named Becky Copple in the episode titled “The Flea.” Episode 14 of Season 3 synopsis say:

“Cain feels disrespected by Logan Kim when he is left out of a major decision regarding Conrad. Meanwhile, the doctors work together to try to save the lives of two big Red Rock donors who were involved in a jet skiing accident. Then, Irving and Devon realize that three of their patients, all with different symptoms, could actually be triggered by the same thing. Also, Bell’s supplement company proves to be more lucrative than anyone anticipated, but an unexpected snag could put it in jeopardy.”

Jessica Tuck is a soap veteran, and she was last seen on “General Hospital” in November last year after a three-month return to the daytime soap as the villainess Cassandra Pierce.

Tuck debuted as Cassandra Pierce in September 2017, and she has come and go since then. Cassandra was a hypochondriac, and she has come against the major characters of “General Hospital.” She shared a past with Valentine Cassadine (James Patrick Stuart), Anna Devane (Finola Hughes) and Sonny Corinthos (Maurice Benard).

Aside from AMC, OTL, and GH, Tuck also appeared in several other shows, such as “Judging Amy,” “True Blood,” “Designated Survivor,” “Grey’s Anatomy,” “Super 8,” and “Grimm.”

Tuck was born in New York City and is married to Robbie Koseff, with whom she shares one child.

“The Resident” is a primetime medical drama series on FOX, which tells the story of a group of young practising doctors who are learning the ropes of modern-day medicine through the help of a senior resident. They are idealistic, but the seasoned resident shows them the realities, all the good and the bad.

It stars Matt Czuchry, Emily VanCamp, and Manish Dayal, among others. It first aired in 2018 and is now on its third season. “The Resident” is created by Amy Holden Jones, Hayley Schore, and Roshan Sethi.