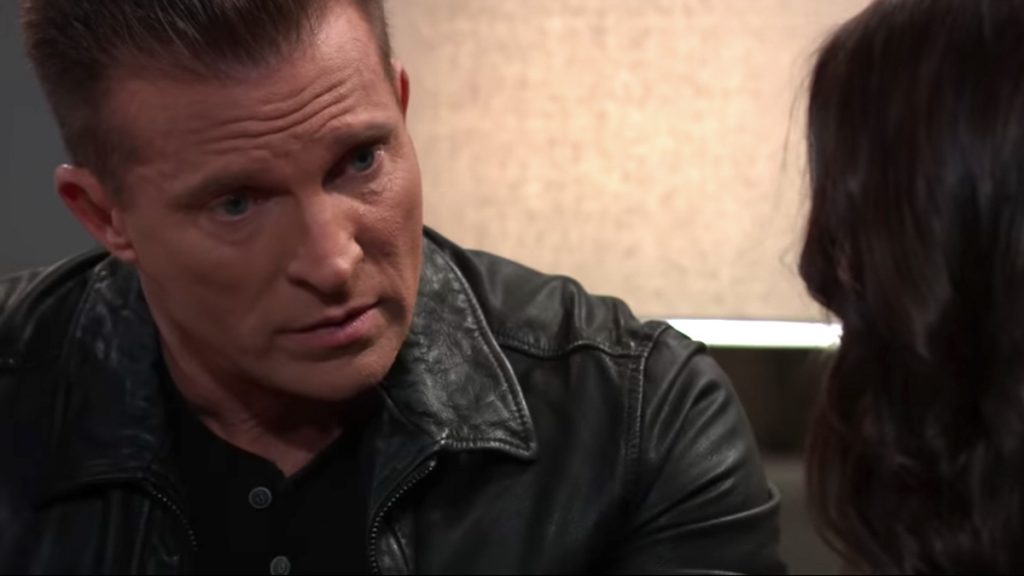 General Hospital’s Sam McCall (Kelly Monaco) and Jason Morgan (Steve Burton) fans had high hope of their couple reuniting and having some measure of happiness, something that hasn’t happened since his return in 2017. However, Jasam fans are waiting yet again because of another separation. When are Jasam fans going to get their true reunion? How much longer do the writers expect us to wait for a payoff?

General Hospital’s Sam would have nearly broken her neck getting into Jason’s arms in 2017 and any Jasam fan knows that. The whole situation of being married to Drew Cain (Billy Miller) would not have even been an issue. Sam never gave up on Jason returning to her and Danny Morgan (Porter Fasullo). Sam would have rushed back to Jason and been thankful that he had finally returned to her. Instead, we had months of Sam trying to make up her mind who Jason was and then which man she wanted. Completely out of character for Sam and a total disappointment to fans.

General Hospital’s Jason would have never agreed to let Sam use herself as bait to catch Shiloh Archer (Coby Ryan McLaughlin). Jason wouldn’t allow Sam to use herself as bait before and he would never have agreed to it now no matter how much Sam insisted on doing it. Jason would never agree to let another man have his hands on Sam, especially after what happened with Franco Baldwin (Roger Howarth) on their honeymoon. Jason and Sam would have worked together, they would have never pretended to break up to take down anyone. Yet fans had to sit through another senseless separation.

General Hospital’s Jason would not have let Sam go to prison for a crime she didn’t commit. Look back to when Sam was pregnant with baby Lila, someone was paid to take the fall for killing Sam’s adoptive mother to keep Sam out of prison. Jason would have never let Sam be forced to be away from her children. Someone would have been paid off or Sam would have been out of town with the kids in the blink of an eye. This whole storyline made no sense and would have never actually happened if written true to character. Just another excuse to keep Sam and Jason apart.

General Hospital Spoilers: Has The Beginning Of The End Started For Valentin Cassadine? @celebratesoaps #gh #generalhospitalhttps://t.co/rInLmQn0Q8

Now we have yet another reunion between Sam and Jason cut short because of the parole officer from hell who is probably a Dawn of Day follower. Jasam fans are becoming increasingly annoyed over this back and forth yo-yo that we are being forced to endure. It has been over seven years since our couple was happy and semi carefree. We get no action, no adventure and no damn romance. When do Jasam fans get their payoff? When are the writers going to give our couple some happiness and let us enjoy our show? Why do the powers that be seem to blatantly disregard our desire for some happiness? What happened to love in the afternoon?

As always, more detailed spoilers and a full collection of pictures for the week in question will appear here on Soap Opera Spy,  where there will be more clues and hints over exactly what’s going on.

Days of Our Lives Spoilers: Justin Urging Victor To Have A Change Of Heart Over Ben