Days of Our Lives Spoilers: Justin Urging Victor To Have A Change Of Heart Over Ben 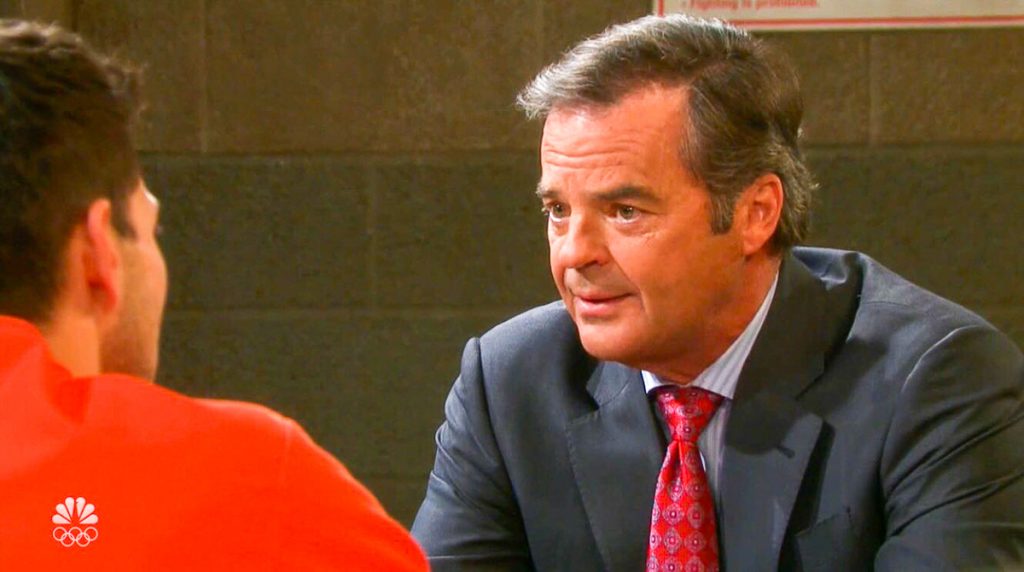 Days of Our Lives spoilers reveal Ciara Brady (Victoria Konefal) will get some more help from Justin Kiraikis (Wally Kurth). He confronts Victor Kiriakis (John Aniston) and urges the patriarch to do the right thing when it comes to Ben Weston (Robert Scott Wilson). Will he take the advice or continue letting an innocent man sit on death row?

Days of Our Lives Spoilers – Ben Weston on Death Row

DOOL spoilers confirm that on Friday, Ben will go through his last appeal. Unfortunately, it doesn’t appear that he gets released. Teasers for the following week state that Will Horton (Chandler Massey) comforts Ben as he is devastated over some news. That information must be that his last appeal ends with bad news. 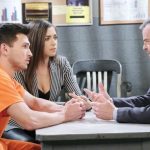 Ever since Ben was convicted of murdering his sister, Jordan Ridgeway (Chrishell Hartley), Ciara has fought for his release. She has tried to find proof that Victor was responsible and hired Xander Cook (Paul Telfer) to frame Ben for the murder. However, she has failed time and time again. Now that Ben will lose his final appeal, there is only one thing left to do.

Days of Our Lives Spoilers – Justin Kiriakis’ Reaches Out

Days of Our Lives spoilers indicate that Ciara will turn to Justin once again for some help. He will end up confronting Victor and encouraging him to do the right thing and tell the truth. However, Victor is a stubborn man who never admits to doing anything wrong. In his mind, he was protecting his granddaughter, even though she was never in any danger from Ben.

It is teased that Victor does confess, but not to Justin. Ciara ends up getting angry and demanding the truth. She even begs and it seems to work. Victor does tell her the truth and she learns a shocking secret. However, he then suffers a medical crisis, which Xander blames her for. Will she ever get the information she needs to free Ben before he dies in prison? Or will Victor take his devilish deed to the grave? Fans will have to keep watching the NBC soap opera to see what happens next.

The Young and the Restless Spoilers: Nick Is Worried About The Future While Adam Is Finally Feeling Content