General Hospital Spoilers Friday, January 17: Nelle And Willow Are At Odds – Michael Wants Sasha To Move In – Taggert’s Back In Town, And Sonny Doesn’t Like It 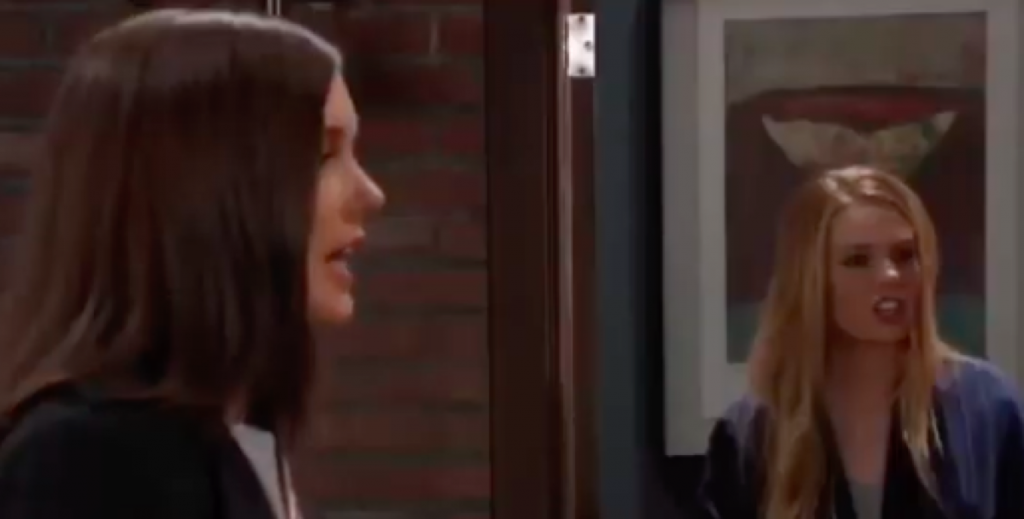 Commissioner Jordan Ashford (Briana Nicole Henry) has a warning for Detective Harrison Chase, (Josh Swickard) and a stern one! She makes it quite clear to him that he is not to get involved in any case that may come up with the newly paroled Nelle Benson Archer (Chloe Lanier) and tells him “Stay away from Nelle Benson or whatever she’s calling herself!” She doesn’t want him getting anywhere near Nelle either work-related or outside of work on his personal time!

Meanwhile, at Brad Cooper’s (Parry Shen) apartment, where Nelle not so graciously decided to move in with Brad, she and Willow Tait (Katelyn MacMullen) are at odds and poor Brad is right in the middle as each woman sees each other, and shouts at Brad in unison at the top of their lungs, “What’s she doing here?!” Both are livid at seeing each other, as Nelle emerges from a room, and Brad is not quite sure what to do. The big question is, where’s Wiley Cooper-Jones (Erik and Theodore Olson)? Willow is supposed to be taking care of him for Brad – is Nelle camping out in the nursery?

With Nelle out on parole from Pentonville Prison, and knowing how dangerous she can be, Michael Corinthos (Chad Duell) talks to his girlfriend Sasha Gilmore (Sofia Gilmore) over a meal that appears to be at the restaurant in the Metro Court. He explains the situation to her and then tells her, “Which is why you need to move in with me.” Sasha’s eyes widen and a big smile appears on her face! She has probably been wondering when this next step would come, although it could have been under better circumstances!

At the Corinthos house, Carly Corinthos (Laura Wright) chastises Joss for hitting on Dev, which embarrasses Joss! How does her mother even know this, did Dev complain about her kiss when Trina had encouraged her to hit on him because she could tell Dev was into her? Carly gets a little loud when she tells Joss, “You hit on him!” and Joss, thoroughly embarrassed, says, “MOM!”

GH Spoilers – Marcus Taggert’s Back In Town, And Sonny Corinthos Doesn’t Like It

In a shock that Sonny Corinthos (Maurice Benard) never saw coming, Marcus Taggert (Real Andrews) shows up at his front door out of the blue! Sonny gets right up in his face as he confronts the former Port Charles detective, asking him “So why the hell you back?”! Taggert may be back because he is the old friend that Jordan recently called to help her with the Bob Massicotte (Randy J. Goodwin) case! That still doesn’t explain why Sonny’s old enemy has shown up at his door though, and where Jordan knows him from!