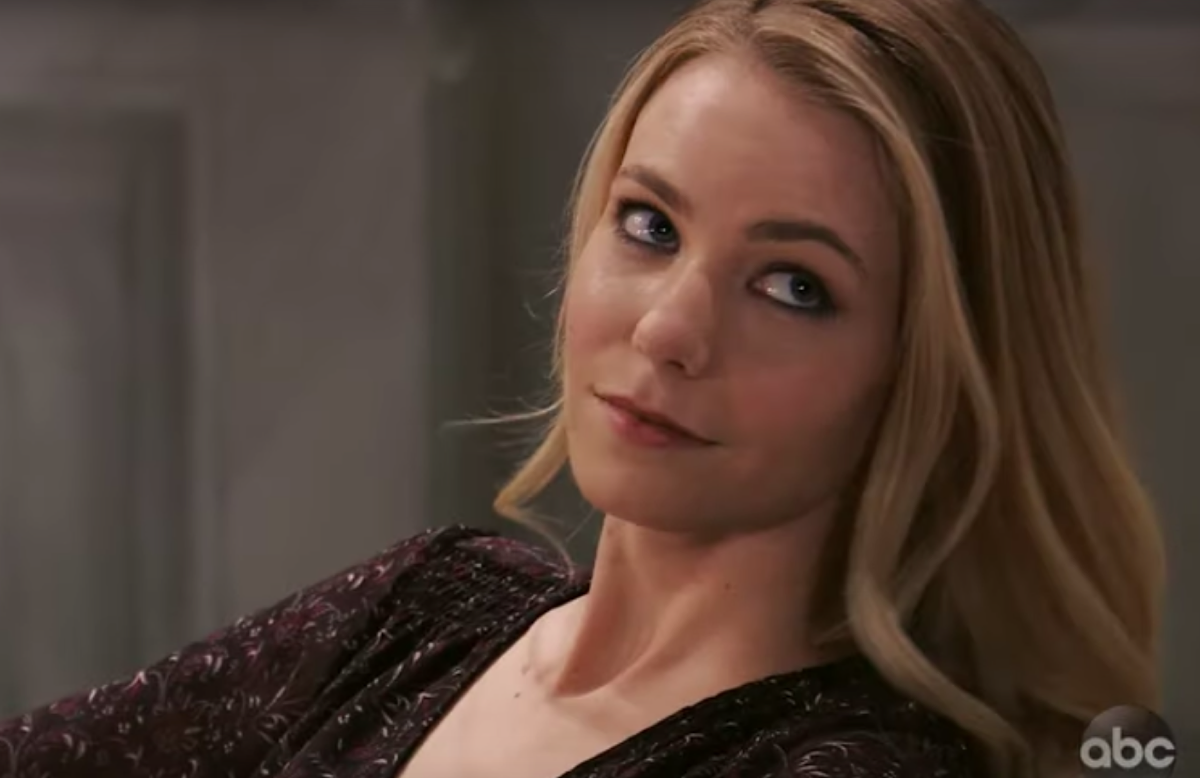 General Hospital spoilers tease there will be another exciting day of drama for GH fans in Tuesday, February 4th’s episode!

At the Quartermaine mansion, Ned Quartermaine (Wally Kurth) discovers Nelle Benson Archer (Chloe Lanier) in the living room and asks Tracy Quartermaine (Jane Elliot) what she’s doing there! General Hospital viewers will recall from Monday’s episode that Nelle had quite the argument with Brooke Lynn Quartermaine (Amanda Setton) when she came to the mansion with bags packed and her goals poster from her prison cell at Pentonville ready to move in, and wanting a room with the view at that!

Brooke Lynn was ready to send her on her way when Nelle called Michael Corinthos (Chad Duell) instead of an Uber, and put Michael on the phone with Brooke Lynn, and he told her to set her up with a room. Now she’s in the living room and Ned wants to know what she’s doing there! Nelle informs Ned and Tracy that she’s not going anywhere!

Sam McCall (Kelly Monaco) has gone to Dr. Hamilton Finn (Michael Easton) to get intel on Peter August, (Wes Ramsey)thinking she has identified a possible ally, and Finn tells her that Anna Devane (Finola Hughes) doesn’t tell him much about those things.

It looks like Sam and Finn may be at Kelly’s, at least it looks like the curtains at Kelly’s. Meanwhile, Anna is talking to Peter as they sit together on the stairs, possibly at Anna’s house, and Peter tells Anna no one’s going to save her; what could THAT be about? Certainly Peter isn’t planning to do away with his own mother – or is he? In any case, Peter is taken aback by something Anna says!

GH Spoilers: Jason Morgan Tells Someone There Are Bigger Problems To Worry About

Meanwhile, Jason Morgan (Steve Burton) appears to be at the Corinthos compound as he tells someone, likely Sonny Corinthos (Maurice Benard) that there are bigger problems to worry about; indeed there are, because someone is definitely coming after Sonny and they need to find out who it is and how to take them down!

General Hospital viewers will recall that Jasper Jacks (Ingo Rademacher) decided to wait for Sonny to get home from GH to confront him about the danger to Josslyn Jacks (Eden McCoy) and his family. Sonny had told him that he would take care of whoever the enemy was by any means possible!

It sounds like Jax is playing hardball with Carly Corinthos (Laura Wright) and threatening to push for full custody of their daughter Josslyn Jacks (Eden McCoy) because she blows up at him and shouts that she is NOT being separated from Josslyn forever!

Meanwhile, Sonny appears to be down at the docks, possibly at the coffee warehouse as he has discovered someone that probably shouldn’t be there – he shouts at the individual and makes it clear that whatever the person has suggested is a problem for him! Perhaps another goon has showed up with a challenge?