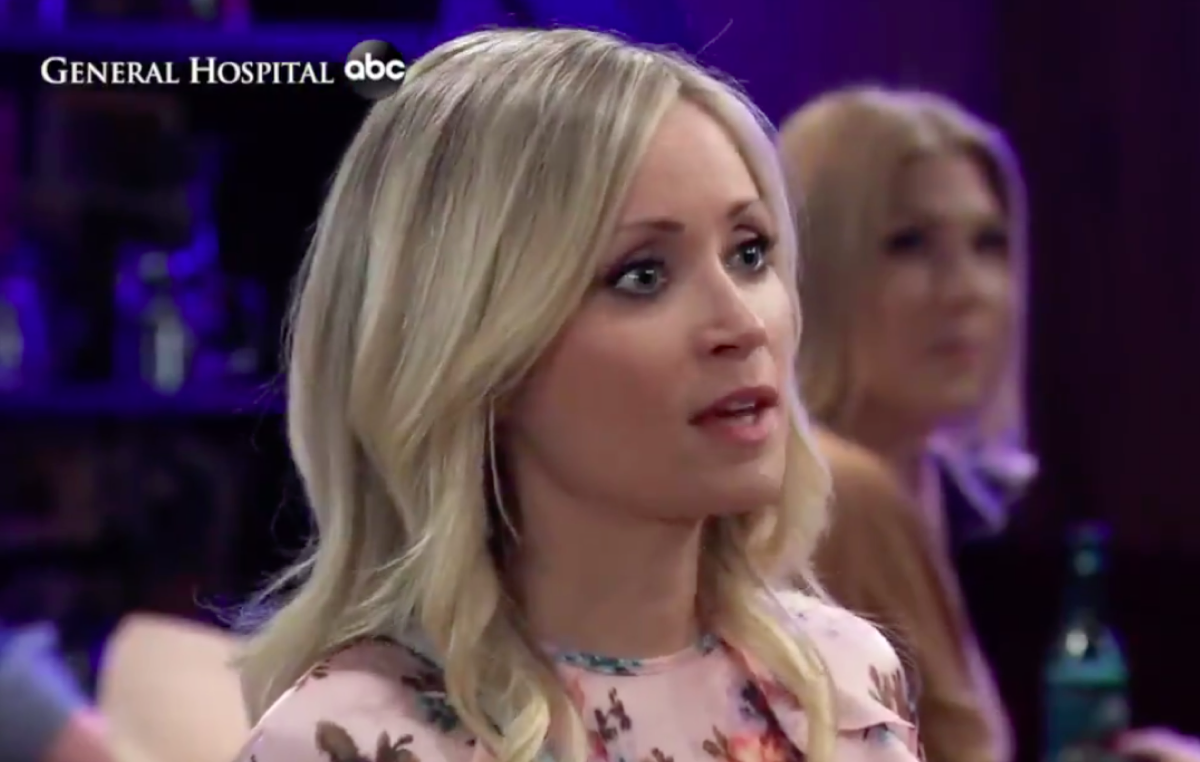 Nikolas Cassadine (Marcus Coloma) has obviously gotten around to making a visit to his little sister Lulu Spencer (Emme Rylan) to catch up, and to apologize for letting her grieve his supposed death for the last three years or so! Lulu is angry at Nikolas and in tears when she lets him have it with both barrels, telling him not to tell her he’s sorry!

This won’t be all she has to say to him, she will tell him off for telling her daughter Charlotte Cassadine (Scarlett Fernandez) that Valentin Cassadine (James Patrick Stuart) had hired him as her bodyguard, because if he had not she never would have tried jumping off the pier thinking she could make him materialize!

Julian Jerome (William DeVry) has a much overdue talk with Brad Cooper (Parry Shen). He has a warning for him to be more careful, because if he’s not more careful, Sonny Corinthos (Maurice Benard) is going to figure out why!

This is in response to Sonny confronting Julian about what his man Gio (John Lewis) overheard last week on the docks when Brad and Julian were talking about Nelle Benson, (Chloe Lanier) Michael Corinthos, (Chad Duell) and Wiley Cooper-Jones (Erik and Theodore Olson) in the same sentence! Brad needs to not talk about Wiley being Jonah Corinthos ANYWHERE to ANYONE!

Sam McCall (Kelly Monaco) talks with her mother, Alexis Davis (Nancy Lee Grahn) at the Metro Court, and has some bad news. Alexis looks shocked as Sam tells her that Nelle is Shiloh Archer’s (Coby Ryan McLaughlin) widow, and she is out on parole!

This is the last thing that they need in their lives, and who knows what schemes that Nelle has up her sleeves, as Shiloh’s widow! Alexis and Sam both no doubt wonder why Nelle married Shiloh behind bars, although it will be pretty easy for Alexis to figure out that Nelle thinks she’ll get Oscar Nero Quartermaine’s (Garren Lake Stitt) ELQ shares and that Shiloh must have told her about them!

Alexis’s guess is right, as everyone is finding out at the shareholder’s meeting at the Quartermaine mansion. Nelle crashed the meeting at the last minute, although how she knew about it is a mystery yet to be revealed – which she probably will in tomorrow’s episode.

Nelle is livid as she demands Oscar’s shares, saying the stock is hers! Olivia Quartermaine (Lisa LoCicero) tells her they, meaning the Quartermaines, are going to make her life a living hell!

Meanwhile, over at the Corinthos compound, Sonny, with Carly Corinthos (Laura Wright) in the background, tells Jason Morgan (Steve Burton) he really needs his help!

This is probably Sonny letting him know he needs Jason to keep a lookout over “things” as Sonny gets ready to take his father, Mike Corbin (Max Gail) to New York for the Alzheimer’s treatment trial.