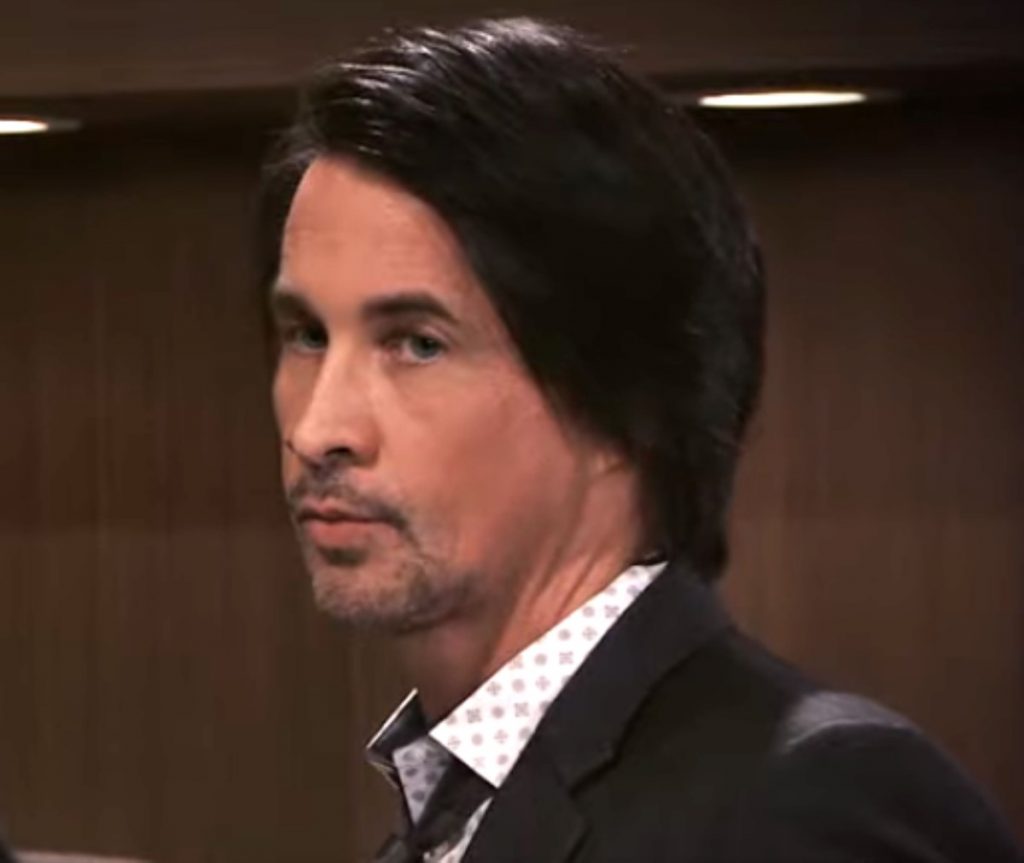 General Hospital viewers will recall that Finn and his fiancée Anna Devane (Finola Hughes) have been disagreeing over her son Peter August (Wes Ramsey) and Anna’s covering up his connection to the gunman who tried to murder Dr. Andre Maddox (Anthony Montgomery) in the operating room where he had been getting ready to perform a memory transfer reversal procedure on Franco Baldwin (Roger Howarth).

As General Hospital viewers will recall, Peter had hired that gunman but then tried to call him off and the gunman, David Black (Lon Gowan) had thrown his burner phone in the trash. Peter then went to the operating room and shot Black, who later died in the operating room, being hailed as a hero for saving Maddox and Franco’s lives.

However, after Jason Morgan (Steve Burton) had approached Anna about his suspicions about Peter having been involved in Drew Cain’s (Billy Miller) disappearance, and the first murder attempt on Dr. Maddox, and his calls and visits to Shiloh Archer (Coby Ryan McLaughlin) at Pentonville Prison, Anna did some investigating of her own – mainly with the intention of clearing Peter. However, she did find a connection between Peter and David Black – although it was a flimsy one.

They had worked at the same time at Euro-Tech, a shell company owned by the DVX. Peter denied knowing Black from working there so she deleted it from the file and gave the file to the police. It is this act that Finn and Anna have been arguing about, and he was also quite upset that Anna had left his daughter Violet Barnes (Jophielle Love) along with Peter. He wasn’t sure he was coming back home!

Finn had met with Sam McCall (Kelly Monaco) at Kelly’s, and she had wanted information – especially incriminating information – about Peter, knowing that Finn was not comfortable with him. Finn came home, greeting Emma Scorpio-Drake (Brooklyn Rae Silzer) who had surprised her grandmother with a visit.

Then Anna wanted information from Finn about what Sam wanted and what Finn had told her. She continued to say that Sam and Jason’s fixation on Peter as being tied to all these crimes was not going to get them any answers, although she feels sorry for Sam, what with her daughter’s father disappearing mysteriously as he did. She understood why she would want answers, but she didn’t think that Peter was the answer to any of Jason and Sam’s questions.

Finn apologizes for upsetting Anna, and tells her, truthfully, that he had not told Sam anything that she didn’t already know about Peter. He didn’t tell her about the covered-over connection between David Black and Peter working at Euro-Tech, but he does warn her not to lose her objectivity just because Peter is her son.

It is true that a work connection may be flimsy and in a criminal court would probably be considered circumstantial, with no other provable evidence that the two men had a relationship with each other, but he doesn’t want her fooled, either, just in case Peter is duplicitous and she doesn’t see it.

The Young and the Restless Spoilers: Is Lola Pregnant With Kyle’s Baby?