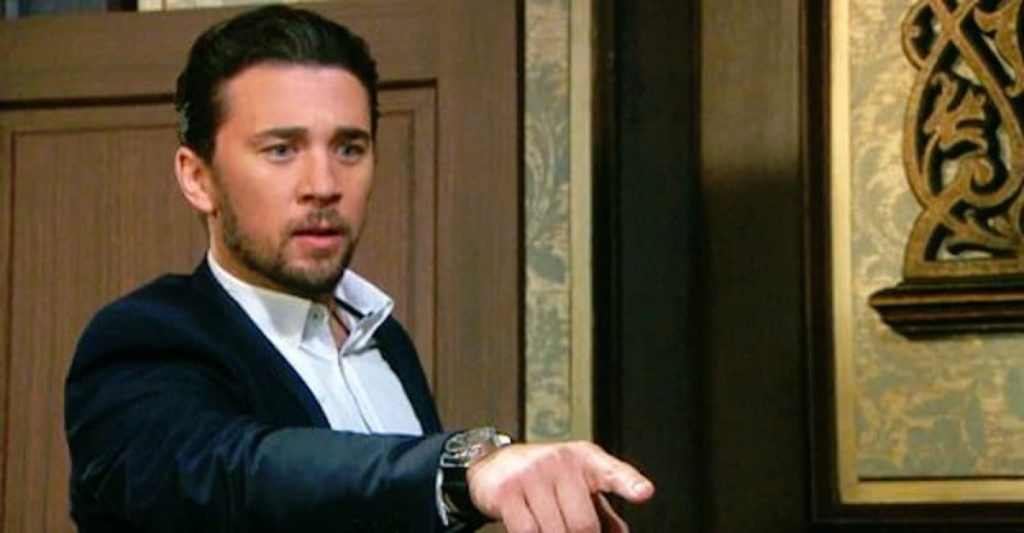 Days of Our Lives spoilers reveal Chad DiMera (Billy Flynn) discovers Ben Weston (Robert Scott Wilson) and Ciara Brady (Victoria Konefal) hiding out on the DiMera estate. Will he turn in the escaped prisoner or agree to keep their secret? Keep reading to find out more about this storyline.

DOOL spoilers reveal Ben goes along with Clyde Weston’s (James Read) plan to break out of prison. However, there ends up being a snag and Ben is shot. Clyde tells his son to just run while he stays behind to pay the price.

Imagine his surprise when he finds out that Clyde and Ciara have been working behind the scenes together. She is waiting for him with her motorcycle.

Ben realizes that he can’t go on the run with Ciara. She has family, friends, a career and what kind of life would she have? So, Ciara decides to hide him in Salem, right on the DiMera estate.

In the meantime, she will likely try to find out the truth about Jordan Ridgeway’s (Chrishell Hartley) death. Right now, her new theory is Evan Frears (Brock Kelly) might be responsible. But she has to prove it in order to clear Ben’s name.

Days of Our Lives spoilers reveal Chad will make a shocking discovery. It was previously speculated that it had to do with Stefano DiMera (Stephen Nichols) or Princess Gina (Kristian Alfonso). However, could it actually be Ben and Ciara hiding from the authorities?

Days of Our Lives Spoilers: Kristen Keeps An Explosive Secret From Brady As They Grow Closer #DOOL #Days #DaysOfOurLiveshttps://t.co/y5ib9qPPEv

Days of Our Lives Spoilers: What Happens Next?

It is suggested that instead of turning them in, Chad listens to Ben and Ciara’s story. He has connections and there is no background check like one done by a DiMera. In fact, Evan got rid of the evidence of Rafe Hernandez’s (Galen Gering) background check so he has no clue that David’s nanny is dangerous.

Could Chad use his power and connections in order to uncover the truth? Fans will have to keep watching the NBC soap opera to find out.

Be sure to catch up on everything happening with the DOOL right now. Come back here often for Days of Our Lives spoilers, news, updates and rumors!

‘The Bold and the Beautiful’ Spoilers: Sally’s Diagnosis Dire – Hope For a Miracle Cure Begins