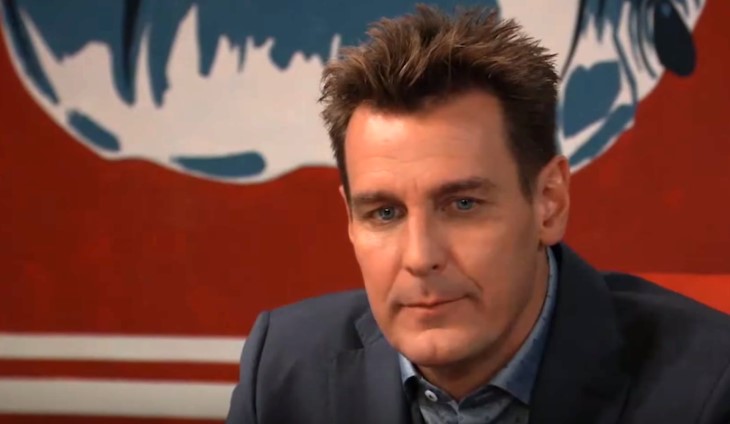 Nina Reeves (Cynthia Watros) took Charlotte over to Kelly’s waterfront diner for lunch. There, she surprised Charlotte by informing her that they would be joining Jax. Charlotte was a bit rude and immediately asked if she could sit with some other kids near the bar. Nina, as always, allowed Charlotte to do whatever she wanted to do. Off Charlotte went, and Nina and Jax had the opportunity to begin a conversation. While they talked, however, Charlotte’s dad Valentin came into the diner.

Now, GH fans know that Valentin and Nina used to be together. In fact, they were married, divorced, and then almost married again. To this day, Valentin wants Nina back. Viewers know that Valentin is insanely jealous of Nina’s affections, but he does his best to hide the fact. Valentin politely begged Nina’s brief attention and took her outside for a private conversation. Meanwhile, Jax agreed to watch Charlotte.

After finishing her brief talk with Valentin, Nina popped back in only to discover Jax on the floor. Those GH fans who were paying attention might have noticed a guilty-looking Charlotte in the background. If her dad can’t have Nina, then Charlotte may be ready to fight Jax on her father’s behalf. (This could be true even if Valentin has no clue about his daughter’s behavior or motivations.)

As Valentin suggested to Nina outside the diner, he is waiting for her in his “gray” area. As GH viewers who have been keeping up with events know, Valentin was subtly slamming Jax for what he and Nina both consider to be Jacks’ black and white worldview.

With that said, while Valentin may not make overt moves against Jax, it’s likely he has no qualms about Charlotte acting as a mini-proxy on his behalf! Oh, sure … Valentin wants Charlotte to be a proper young lady. In public, Valentin might even lightly scold Charlotte for any misbehavior on her part. Inwardly, however, Valentin would likely be snickering at his daughter’s shenanigans.

While Jax protested a bit too much that he simply wasn’t being careful and had tripped, it’s much more probable that Charlotte dumped her backpack right in Jax’s path.

The truth is, Charlotte’s behavior might be normal. As many children do following divorces, they have an initial distaste for (maybe outright hatred of) any new romantic partner in their parents’ lives. While Nina isn’t Charlotte’s birth mother, it’s clear that Charlotte has long had an emotional connection to her. Charlotte may have truly been torn when Valentin and Nina broke up and it’s likely she simply wants to see them back together again.

How badly Charlotte could act out in the future, however, is up in the air at this point. But hey, could viewers see Charlotte ripping up photos of Jax? Burning them? Could Charlotte be a little Nelle Benson (Chloe Lanier) in the making? Just sayin ….