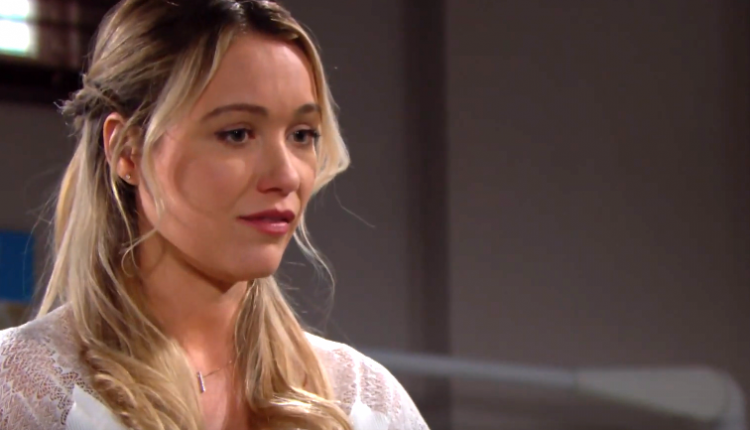 The Bold and the Beautiful (B&B) Spoilers hint that Flo Fulton (Katrina Bowden) will soon find evidence that Sally Spectra II (Courtney Hope) is faking her illness. This will lead her to tell Wyatt Spencer (Darin Brooks) that she does not want Sally to live with him anymore. However, will he listen to her and kick Sally out, or will he continue to allow Sally to live with him?

The Bold and the Beautiful Spoilers- Sally’s Lies

Sally has faked a life-threatening illness, and everyone believes that she is telling the truth. Who would since Katie Logan (Heather Tom) was with her when she found out about the disease? However, little did Katie know, Sally had planned the whole thing out and knew that Katie would tell Wyatt even if told not to.

When Flo does become suspicious about Sally’s diagnosis, she decides to approach Dr. Penny Escobar (Monica Ruiz) about it. At first, she might try to deflect, but Flo will notice a piece of evidence as she is talking to her. This will lead her to get more information, and she will head to Wyatt to tell him of what she learned. Of course, this made her upset, and she will not want her to be around Wyatt.

So she will tell Wyatt that he needs to give Sally the boot and that she should not stay with him anymore. It does not seem that Wyatt will listen or if he does, he will still be around Sally a lot since there will be more scenes involving Wyatt and Sally. They may even make a promise with each other in the upcoming episodes.

Viewers can look forward to Flo going after Sally in the future as she decides to persuade Wyatt to change his discussion. What do you think? Will Flo convince Wyatt of the information that she finds, or will he continue to believe Sally? We’ll give you updates as other B&B news comes in. Stay tuned to the CBS soap, and don’t forget to check SOS often for the latest Bold and the Beautiful spoilers, updates, and news.