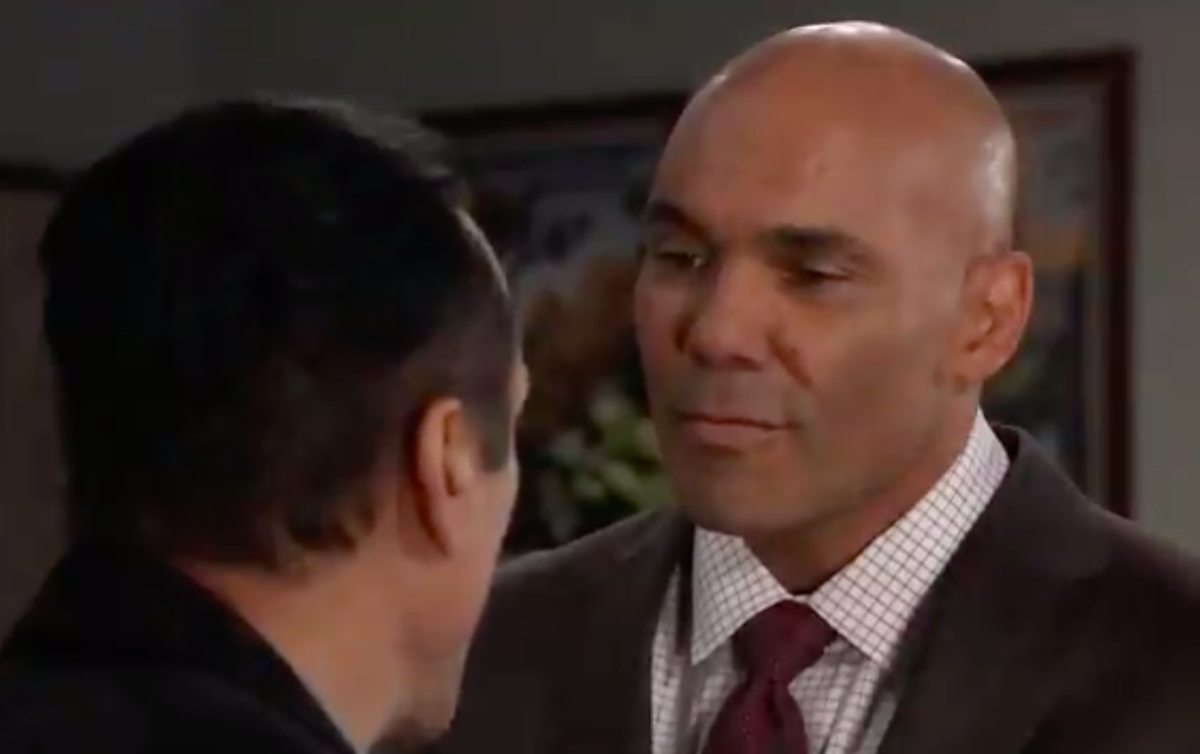 General Hospital rumors have been that Trina Robinson (Sydney McKayla) would be getting some family some months ago. Now all of the sudden Marcus Taggert (Real Andrews) is back in Port Charles. Taggert isn’t associated with the police force in Port Charles. Unless Taggert knew Jordan Ashford’s (Briana Nicole Henry) old boss, why would he be back in town? What purpose does having Taggert return accomplish?

General Hospital’s Taggert has always hated Sonny Corinthos (Maurice Benard) although Sonny was an innocent kid framed by his evil stepfather in the beginning. Sonny doesn’t deal with drugs or firearms so the DEA should not be after him. Taggert didn’t leave town to become a DEA agent and as far as we know, Jordan never worked with him. Could Jordan have called Taggert to town or does he have another reason for being in Port Charles?

General Hospital’s Trina has never mentioned a father. Trina lives with her mother and potentially has a sister. Who is Trina’s father? Could Taggert be related to Trina? Could Trina be Taggert’s child and not know her father? Could Trina’s mom have run away and not told him she was pregnant?

Could Trina’s mom have come to town looking for some of Taggert’s family and settled in Port Charles after meeting him in Oklahoma? Could Trina be related to both Taggert and Stella Henry (Vernee Watson)? Is it possible that Taggert is somehow related to Stella himself?

However, Jordan has never mentioned a relationship to Taggert so Trina seems to be the more likely candidate. Perhaps, Jordan and Taggert are friends and he has come to town because they are both connected to her old DEA boss. Whatever the connection, Taggert has to have some reason to come back to Port Charles after all these years. Taggert had a girlfriend years ago but no family to mention. If Taggert is coming back to town, he might as well be given a family to concentrate on instead of Sonny.