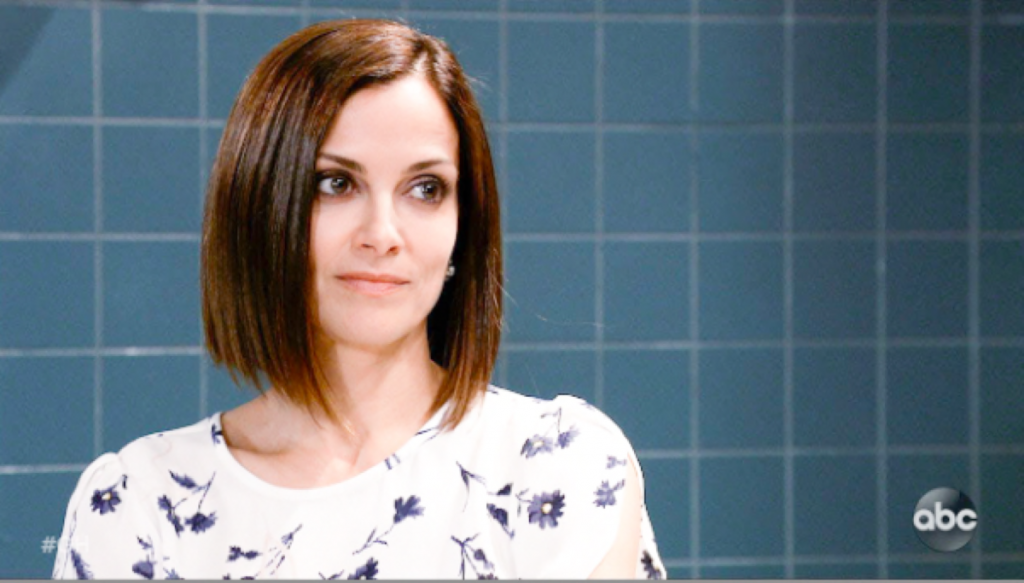 General Hospital spoilers divulge that a dangerous situation is about to go down, with an innocent child in the middle of the bulls-eye. Does this mean that her MIA mom will return to town in order to save her only daughter’s life?

Hayden Barnes (Rebecca Budig) vanished without a trace months ago, leaving her poor, bewildered child to mourn and miss her mom. Until now.

It seems that the tables have turned and Violet Finn (Jophielle Love) is now quite fond of Anna Devane (Finola Hughes), even demanding that she and Hamilton Finn (Michael Easton) return to live at her home.

General Hospital Spoilers – Violet Finn is in charge now, and she’s back living with Hamilton Finn and Anna Devane

Initially Violet and Finn were getting along great living with Anna, but that arrangement hit a sour note because of her deadbeat son Peter August (Wes Ramsey).

Peter is a very, very, bad guy and everyone but Anna seems to know it. Could part of her denial by the fact that she’s his long lost mother and feels guilty about how she treated him in the past? No doubt Anna wants to protect her son, just as Finn wants to protect Violet.

When dribs and drabs about Peter’s shenanigans began to leak out, Finn initially supported Anna but then decided Peter was too dangerous to be around Violet.

General Hospital spoilers – Was Hamilton Finn right to leave Anna Devane behind due to her bad seed son Peter August?

His fear prompted him to leave Anna and her gorgeous home so that Violet wouldn’t have to play superheroes with the bad guy anymore. Why isn’t Violet’s mom trying to protect her, too?

That’s a great question. Hayden went to all sorts of lengths to protect Violet before she revealed the truth, so why isn’t she stepping up now?

It’s a question that has Fayden fans speculating like crazy that Hayden may be about to make a sudden return to town.

General Hospital spoilers – If Hayden Barnes returns do you want to see her and Hamilton Finn reunite?

At this time, this line of thinking is pure speculation. But it does have merit in that her return would certainly complicate matters between Fanna and further confuse Violet who has taken to Anna like a surrogate mom. In fact, does Violet even ask about Hayden anymore?

Are fans about to see Hayden burst back onto the scene, under the pretense of saving her daughter from the clear and present danger that is Peter August? And, if Peter is exposed, will this news sink Fanna for once and for all? Stick with the ABC soap, and don’t forget to check SOS often for the latest General Hospital spoilers, updates, and news.

The Young and The Restless Spoilers: Amanda Looking For Answers, Opens Up To Nate