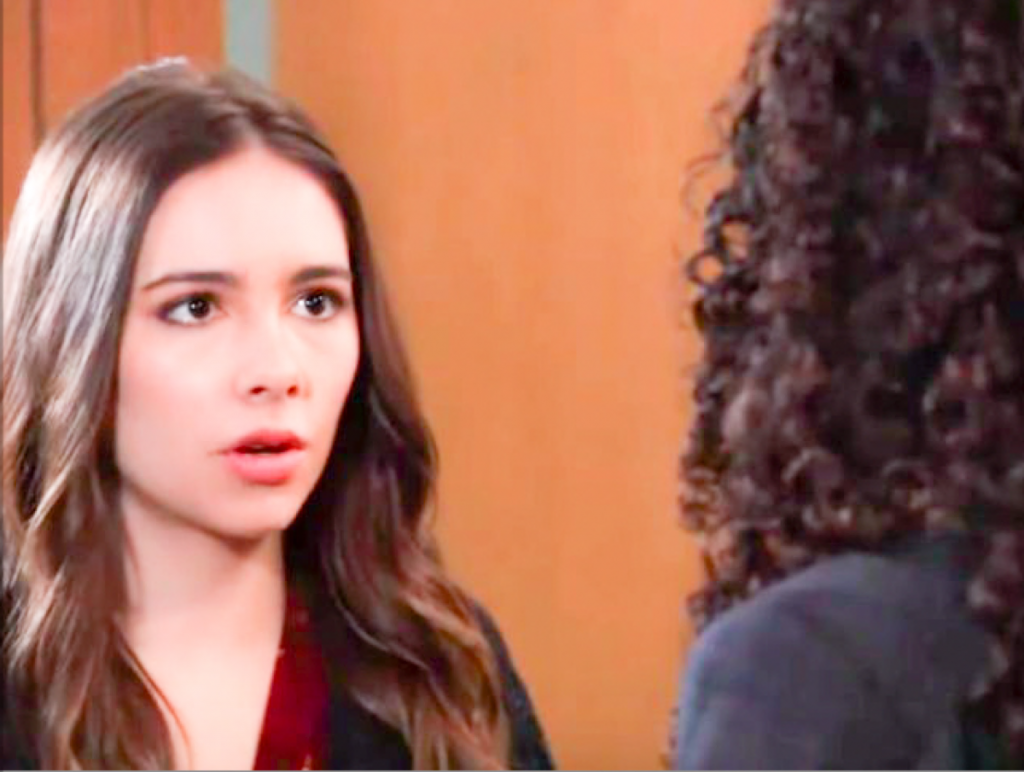 General Hospital viewers will recall that TJ went for a walk after Molly turned down his marriage proposal at the Metro Court, and she has not heard nor seen from him since. He did not return home and neither did he go to work, and no communication has come from him to Molly since then. She went to Jordan’s office to tell Jordan and was met with the response that maybe TJ needed some space.

However, that didn’t make sense to Molly that he didn’t go to work – that is not like TJ! Jordan didn’t tell Molly that she had gotten a text from him – although it doesn’t seem reasonable that he would only send a text and not call his mother – especially if Molly really had irreparably broken his heart, as she had feared! Jordan, however, wasn’t thinking along that vein at all! She trusted the text!

Now it has been at least a couple of days – in soap time, anyway – since Molly turned down TJ’s proposal at the Metro Court. She still hasn’t heard anything from him and is not so much of a hermit to not know that there is a mob war in Port Charles, and although she doesn’t know all the details, she knows that a former Port Charles police detective’s daughter was kidnapped and that he was shot when he tried to rescue her and later died. It has been all over the news!

Plus, where TJ and Molly live, in the Charles Street area, is not all that far from the docks – they heard the warehouse explosion and knew that it was mob-related, although they didn’t get a lot of details since it was still under investigation.

Molly also knows her Uncle Sonny Corinthos (Maurice Benard) and his family had been targeted. She starts worrying that TJ has been targeted because of his mother being the Police Commissioner, and tells Jordan her worries. Jordan finally tells her that she had gotten two texts from TJ confirming he is just needing space and that he is okay – although she can’t confirm much else, because he didn’t give her the details of where he is or what he is doing either.

However, with TJ not showing up for work this long, and Molly being his emergency contact of record, Molly tells Jordan about the calls from GH; TJ’s job is in danger! This does concern Jordan enough to look into things further and she texts TJ to check in with his work! Molly becomes insistent that she calls him instead of just texting because although Molly can understand why TJ might not want to talk to her, he shouldn’t have problems with talking to his mother! Jordan, too, gets his voice mail – and asks him to call her. She tells Molly she will call her or text her when she hears back. Will he call, or will she get another text?

The Young and the Restless News: Alum Robert Adamson Heads Back To Primetime