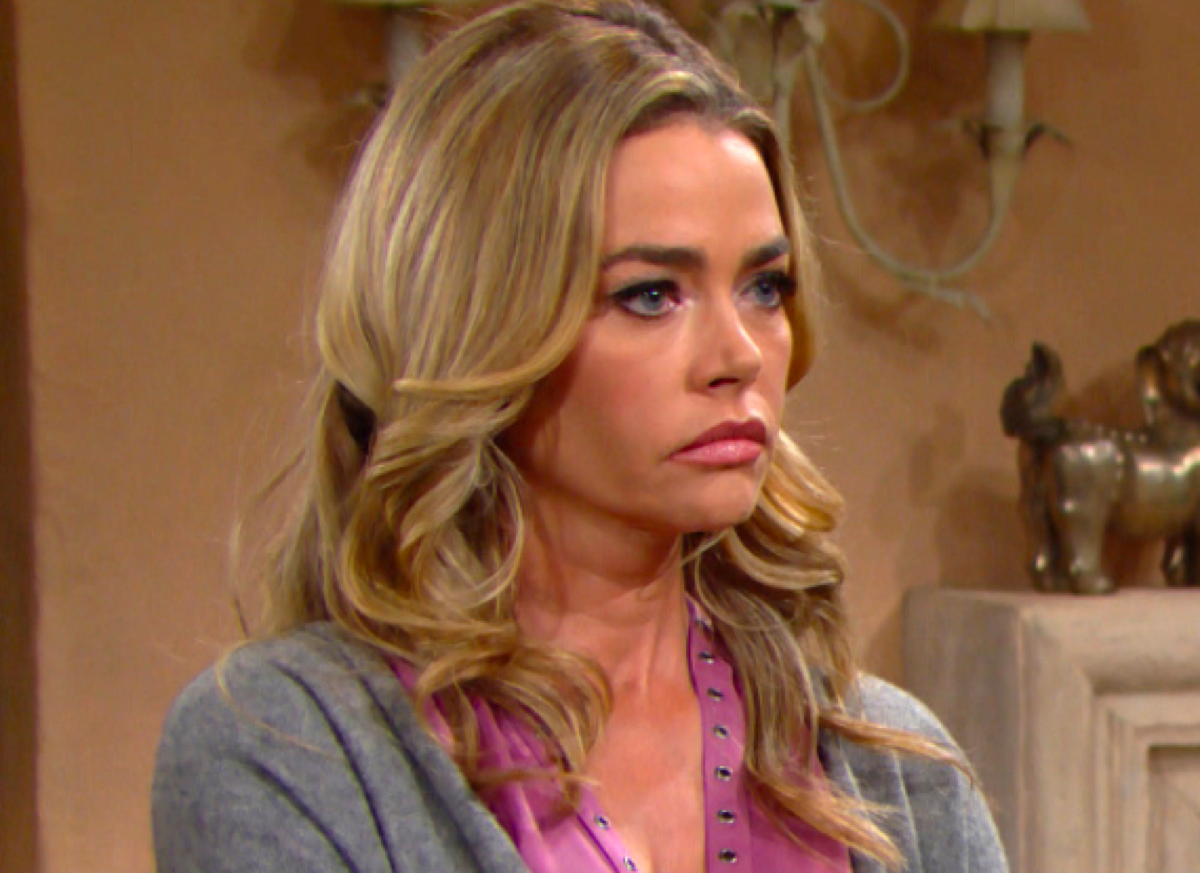 The Bold and the Beautiful spoilers reveal Quinn Forrester’s (Rena Sofer) ears perk up when Shauna Fulton (Denise Richards) mentions a secret. All we know for certain is that it could affect Ridge Forrester’s (Thorsten Kaye) future. While Quinn spying on Bill Spencer (Don Diamont) and Brooke Logan Forrester (Katherine Kelly Lang) is a popular theory, could it have actually been Shauna?

B&B spoilers previously teased that 2020 would kick off with two women going to war. We now know that the characters that are feuding are Brooke and Quinn. The battle has been put on the back burner to focus on Thomas Forrester’s (Matthew Atkinson) latest scheme. However, it could be brought back up front due to a shocking discovery.

As seen earlier this week, Bill and Brooke ended up kissing each other. Bill claims he was just comforting his former lover and doesn’t regret kissing her. However, Brooke tells him that it can never happen again and nobody must know.

In typical soap fashion, someone already knows the truth. Their kiss was seen by someone who was peering in the windows.

The Bold and the Beautiful spoilers previously suggested that it might have been Quinn who was spying on the former couple. However, more recent information indicates that it might be Quinn’s friend, Shauna. It is teased that during the week of March 16, Shauna reveals a secret to Quinn that could affect Ridge’s future. What else could it be besides the “Brill” kiss?

The Bold and the Beautiful Spoilers: Quinn Forrester Gets Ammo

It is also stated that Quinn ends up getting information that she can use against Brooke. The most obvious theory is that it has to do with Brooke kissing someone other than her husband. It seems Brooke is going to be backed into a corner.

But which does she want more? To win against Quinn or to reclaim her marriage to Ridge? That is the big question and knowing Brooke, she will try to find a way to beat Quinn. But can she do it without risking her relationship or could Ridge find out in another way?

Perhaps Shauna will “accidentally” let the secret spill to Ridge, leading him to question his future with “destiny?”Fans will have to keep watching the CBS soap opera to see how this storyline develops.