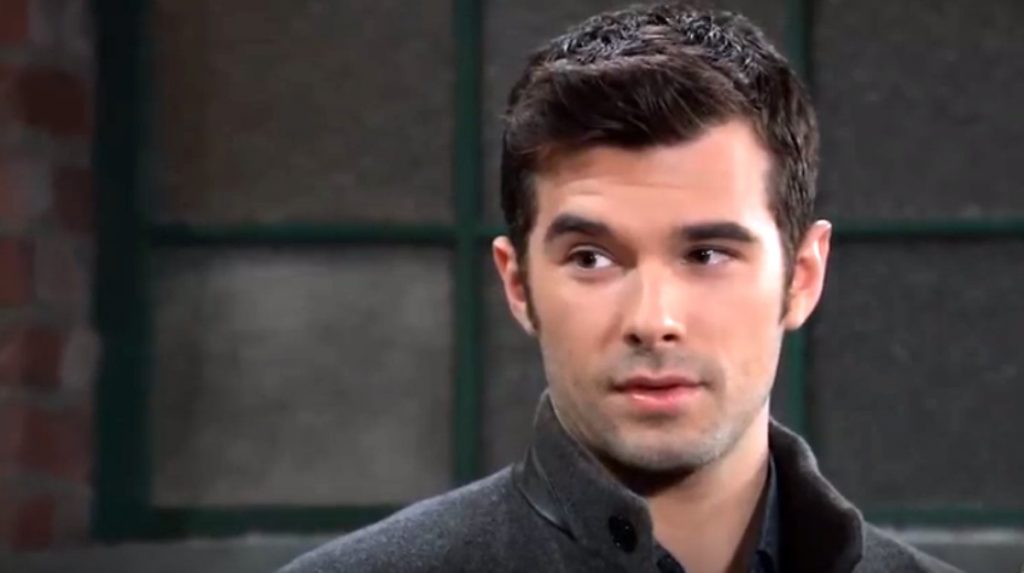 Detective Harrison Chase (Josh Swickard) will find out that Wiley Cooper-Jones (Erik and Theodore Olson) is missing. He will also soon find out that he is Jonah Corinthos, not Willow Tait’s (Katelyn MacMullen) baby that she gave away for adoption. He will be frantically trying to find the missing baby and Nelle Benson Archer (Chloe Lanier) who he is sure kidnapped him, but he will also frantically be thinking how he is going to break this news to Willow – especially the devastating news that her baby died and the baby she knows as Wiley really isn’t Wiley!

She will be upset enough when she hears Nelle kidnapped him but now he knows that Brad Cooper (Parry Shen) switched her dead baby with Nelle’s live one after someone more than likely makes a call from the Corinthos house to have Brad arrested – possibly either Michael Corinthos (Chad Duell) or Carly Corinthos (Laura Wright)! Carly for sure will be in nuclear meltdown when Lucas Jones (Ryan Carnes) tells what he remembers Brad confessing to him right before they got in the crash that put him in a coma for several months!

Willow wasn’t making the move to Portland Oregon that well that Lucas and Brad had told her about, before making her designated guardian of Wiley if something happened to them. That helped, but she, as she put it to Lucas, “let the lines get blurred” and got very attached to the little boy that she believed to be her son. Now, not only has he been kidnapped by Nelle, but he isn’t even her baby and her baby is dead!

Chase is very worried that these two situations together will be too much for his girlfriend to handle! He decides that only the kidnapping should be told to Willow until the baby is rescued and Nelle is safely behind bars again. Michael agrees. Now that they know that Wiley is Jonah, once again they team up to take down Nelle and to rescue Wiley.

First, the baby needs to be safe and then tell the rest of it to Willow, the relief of the baby being safe hopefully will temper the devastation of finding out he was never hers, to begin with! Michael and his family, of course, will have their own adjustments to make!

Chase knows he needs to put his panic aside and get his detective brain working; the most important is rescuing the baby. Then common sense dictates a DNA test be done to see if Michael really is Wiley’s father, since after all, who can believe anything Brad Cooper says?! He and Michael will make sure Wiley really is Jonah before devastating Willow with the news that her baby is dead! Besides, a paternity test would need to be done for the court case against Brad for fraud anyway.