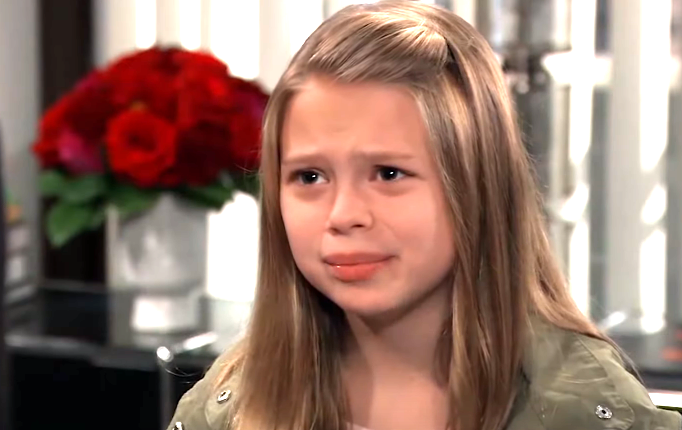 General Hospital Spoilers (GH) hint that Charlotte Cassadine (Scarlett Fernandez) will be causing more problems in Port Charles. She will do this by targeting Sasha and Jax (Ingo Rademacher) while trying to push Valentin Cassadine (James Patrick Stuart) and Nina back together. Will she be successful, or will they figure out her plan first?

Charlotte’s behavior has been out of control lately, with her acting out at every possible moment. However, it has only gotten worse ever since the wedding between Nina and Valentin went up in flames. After that, she took her anger out on a magazine with Sasha Gilmore’s (Sofia Mattsson) face on it and a drawing of Ava. 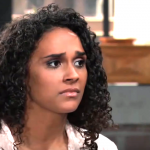 Her behavior from this point may be targeted towards Sasha and Jax as she plans to reunite Valentin and Nina by getting rid of the ones, she thinks caused the split between the two to happen. However, just how far is Charlotte willing to go to get them back together?

Spoilers say that Charlotte’s behavior is only going to grow worse from this point, which could be true as she has already targeted Jax. While Nina was talking to Valentin, Charlotte left her bag on the floor in a way that made Jax trip over it. After Nina helped Jax up, Charlotte ran to pick up her backpack and smiled at what she did. This is a small thing.

However, it does show that she is targeting Jax and that she is not taking a liking to Nina’s new relationship. It seems like Nina took notice of this as well as she saw that Charlotte was enjoying that Jax had taken a fall. Maybe this means that Nina will start to realize that Charlotte is not the angel that she thinks that she is.

It seems that Charlotte has a plan in mind, and it means getting Sasha and Jax out of the picture. What do you think? Will Charlotte continue to target Jax and Sasha and how far is she willing to go to get what she wants? Will anyone catch on to Charlotte’s behavior? We’ll give you updates as GH news comes in. Stick with the ABC soap, and don’t forget to check Celebrating The Soaps often for the latest General Hospital spoilers, updates, and news!