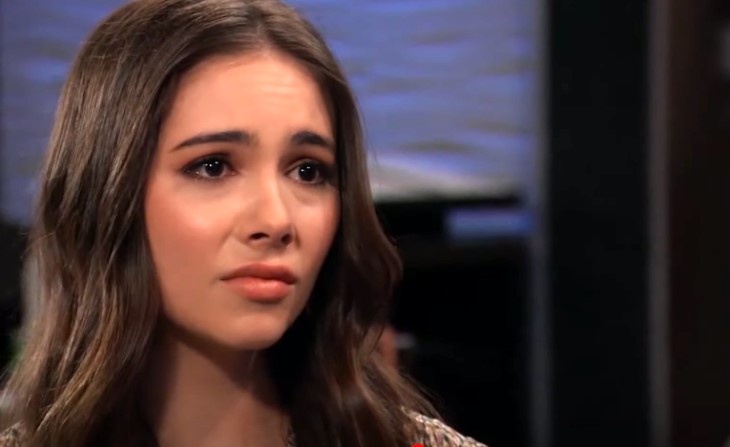 General Hospital (GH) hint that Molly Lansing-Davis (Haley Pullos) may move on in the upcoming episodes. Molly thinks that T.J. Ashford (Tajh Bellow) and her are over because of something she was told by Jordan Ashford (Briana Nicole Henry). She is led to think that TJ is over her, which might lead her to move on to someone else. Could she be heading into a relationship with Brando Corbin (Johnny Wactor)?

Molly has been worried about her boyfriend, TJ, as he has not come back to work or to their home. This happened after TJ proposed to her, and she turned him down. She expected him to come back so they could make things right with each other, but when he did not come back, she began to freak out. This leads her to approach Jordan about it, and she was told that he had been in contact with TJ and that he would reach out to her when he is ready. However, after not getting any more information, she decided that she was done not getting any information from Jordan. This made her decide that she would do anything to find him. However, when she made this known, Jordan told her that she broke TJ’s heart and that she should blame herself for him being gone. This made her upset. With Molly thinking that her relationship was over, she left Jordan’s place.

Having trouble with her car, Molly bumps into Brando at the car shop. She tells him about her car problems, and he looks at her car. When he discovers what is wrong with the car, he begins to calculate how much it will be. However, it seems like in the process; Molly might have moved on from TJ the moment that she saw Brando and that there may be chemistry between the two. This is sure to cause trouble once TJ does come back.

Viewers might see a relationship growing between the two, but this may be interrupted by the return of TJ. What do you think? Will these two get together? Do you want these two together, or do you like Molly better with TJ? We’ll give you updates as GH news comes in. Stick with the ABC soap, and don’t forget to check Soap Opera Spy often for the latest General Hospital spoilers, updates, and news.