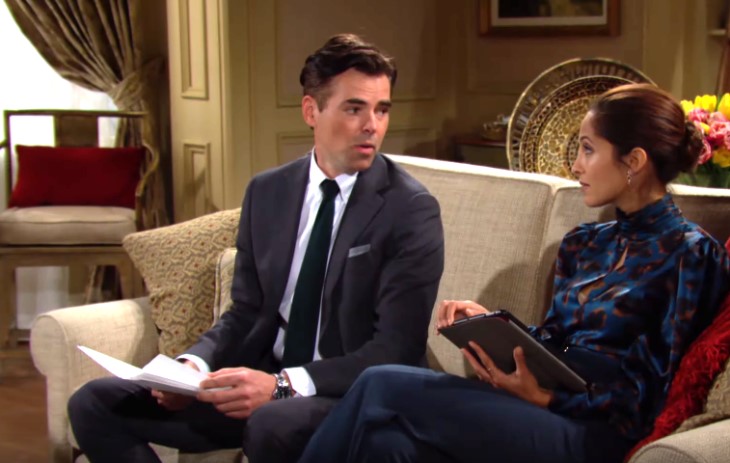 The Young and the Restless (Y&R) Spoilers hint that Billy Abbott (Jason Thompson) and Lily Winters (Christel Khalil) may be heading towards a romance. Billy and Lily are now working with one another and have to try to get along. However, could they working so closely together result in them connecting and starting towards a relationship?

Billy and Lily have both been offered a job opportunity that involves the two of them working closely with each other. At first, the two of them did not like the idea of working together. However, after giving it some thought, the two decided to accept the job and to begin working with each other. This will result in working closely with one another, which may result in a romance.

Well, the two characters together are a strange combination as Lily and Billy’s personalities and ways of handling things tend to be different from each other. However, this does not mean that they would not make a good couple. On the other hand, Lily would most likely be the one who would hear that she should not enter into a relationship with Billy.

Especially with Billy’s carefree personality that tends to backfire on him and cause him to be known as the troublemaker. While many others tend to have more respect for Lily, then they do for Billy. It would be interesting to see how Jill Abbott (Jess Walton) would react to the two if they were to enter a relationship with one another.

Viewers may see a romance developing between Billy and Lily. What do you think? Will Billy and Lily begin to date? What do you think will be Jill’s reaction? We’ll give you updates as Y&R news comes in. Stick with the CBS soap, and don’t forget to check SOS often for the latest Young and the Restless spoilers, updates, and news.

The Bold and the Beautiful Spoilers: Brooke’s Boozing Leads To Deadly Accident – Will Ridge Race Home To Cheating Wife?