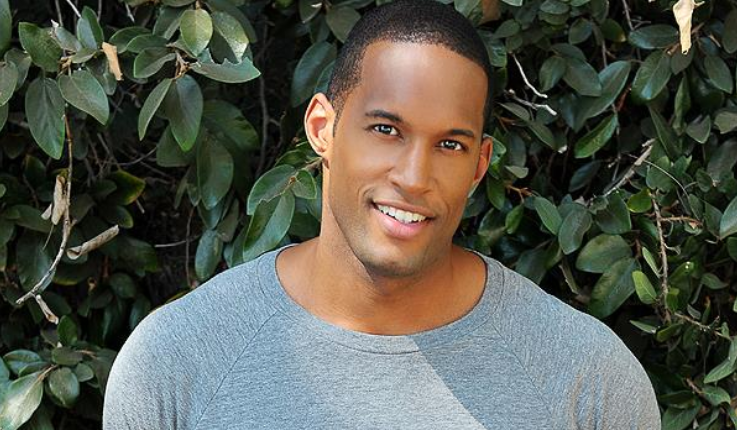 The Bold and the Beautiful star Lawrence Saint-Victor may portray Carter Walton these days but back in the day he was Remy Boudreau on Guiding Light. He starred on the CBS sudser from 2006 until the show left the air in 2009, and he remembers those days with love and happiness as its millions of fans do, too.

The handsome and talented star posted a heartfelt message to his Insta that recalls GL was canceled 11 years ago. It was a momentous time in his life and he shares some of his memories from that time.

Lawrence’s post reads, “Guiding Light was canceled 11 years ago today. What was special was that we had time to finish our stories and create a beautiful ending. Today I remember one of the best experiences of my life. What made this show special was the people. So many great people who genuinely loved each other. I miss my Guiding Light family. ❤️❤️❤️ #guidinglight #soapopera #cbsdaytime #royalty #drama.”

Did you watch GL? If so Lawrence’s words are sure to bring out your own memories of the beloved soap that became a casualty of low ratings in the wake of the televised O.J. Simpson murder trial which preempted daytime dramas and contributed to the demise of several sudsers in the subsequent years.

Viewers were quick to respond to Lawrence’s shout-out with one commenting, “Loved GL I miss this and As the World Turns those where the best soaps of CBS in my opinion. Can’t even watch a good clip on YouTube @lsaintvic,” and another chiming in, “My favorite soap ever! I can’t believe it’s been 11 years! A reboot would be awesome but I’d be happy with just being able to watch old episodes. I would so binge-watch every single season! Loved Remy but love Carter just as much! ❤.”

Several comments referred to a reboot of the show, although there has been no talk of such a thing happening. Several years ago ABC transplanted their canceled soaps, All My Children and One Life to Live, online in a move that was controversial and in the end unsuccessful.

Bold And The Beautiful Spoilers: John McCook Used Water Hose To ‘Threaten’ Man To Stay Away During Quarantinehttps://t.co/8kJz93eSF9

The Bold and the Beautiful spoilers – What’s Next For Carter Walton On B&B?

Lawrence has graced our screens as Carter Walton on B&B since 2013. That’s seven years of drama-filled exploits as the dashing lawyer who spends more time marrying and divorcing couples than being in a relationship himself!

The Bold and the Beautiful Spoilers: Shauna and Ridge’s Vegas Adventure – Leads To Love