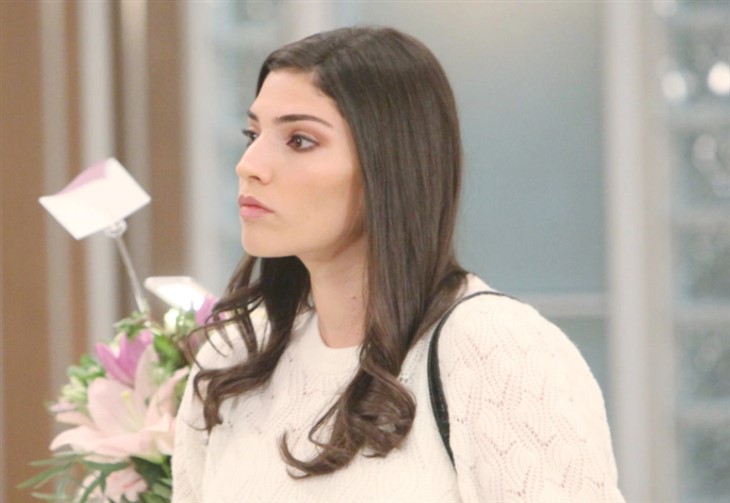 General Hospital spoilers and updates reveal Brook Lynn Quartermaine (Amanda Sutton) had a one-night stand with Valentin Cassadine (James Patrick Stuart) before leaving town. When last seen Brook Lynn had a pregnancy test and was on her way to visit her mother. Will Harrison Chase (Josh Swickard) claim to be the baby’s father to protect it from Valentin?

Brook Lynn Was Living With Chase

General Hospital’s Chase offered Brook Lynn a place to stay when Ned Quartermaine (Wally Kurth) threw her out of the Quartermaine house. Ned was furious that Brook Lynn sold her ELQ shares to Valentin and he took over the company. Chase and Brook Lynn weren’t living together as a romantic couple but Valentin doesn’t know that. Actually, no one in Port Charles, including Brook Lynn’s family has any idea of what their relationship was. If Brook Lynn is pregnant with Valentin’s baby, she would not have a hard time convincing anyone that it belongs to Chase.

General Hospital Spoilers – Hamilton Chase Would Have Nothing To Lose

General Hospital’s Chase believes he has lost Willow Corinthos (Katelyn MacMullen) to her husband Michael Corinthos (Chad Duell). Chase knows the two have slept together and realizes their marriage is real. Chase doesn’t want to break up Willow’s family and Brook Lynn’s baby would give him another excuse not to do that. Rumors have suggested that Willow may be pregnant with Michael’s baby after they slept together the night Sasha almost died. If Willow is pregnant, that would be one more reason Chase sees to push Willow and Michael together. Willow could also assume the baby belongs to Chase as well and let him go to be with Brook Lynn.

Chase loves kids and although he was reluctant to start a family with Willow, he may jump at the chance to protect Brook Lynn’s baby from being in a tug of war between the Quartermaines and the Cassadines