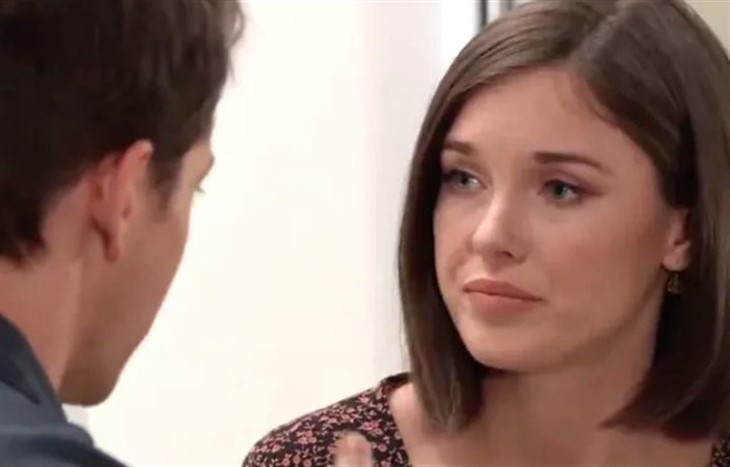 General Hospital spoilers and updates reveal Michael Corinthos (Chad Duell) and Willow Corinthos (Katelyn MacMullen) got married to help Michael win custody of his son, Wiley Corinthos (Theo and Erik Olson). However, after months of being married, the two decided to get an annulment since Nelle Jerome (Chloe Lanier) was declared dead. Once the papers arrived, they had a change of her and slept together. Will they decide to separate now that the truth about the affair is out?

General Hospital’s Sasha Gilmore (Sofia Mattsson) has been doing drugs since she and Michael broke up. Sasha needed a way to cope with losing Michael and as a pick me up for work. Sasha’s coworker had been supplying her and suddenly stopped, on Cyrus Renault’s (Jeff Kober) orders of course. Cyrus then tried out his new product on Sasha and almost killed her. Thanks to Brando Corbin’s (Johnny Wactor) fast actions, Sasha survived. However, Sasha’s overdose also caused both Carly Corinthos (Laura Wright) and Harrison Chase (Josh Swickard) to come clean about the fake affair.

General Hospital’s Michael and Willow were both stunned to learn that Chase and Sasha had faked this affair. Michael was more furious with his mother for not telling him this long before now. However, Carly explained that she suspected the lie until she found out that Sasha was doing drugs. Carly says Sasha confirmed her suspicions when she confronted her.

Willow was equally angry with Chase for taking away her choice when it comes to Michael and their marriage. Willow and Michael were in love with their significant others and may not have made this choice if they hadn’t been tricked into it. Unfortunately, Michael and Willow developed feelings for each other and slept together before this news came out.

General Hospital’s Michael and Willow decided to make their marriage real hours before their world was turned upside down. Now that the truth is out, and Sasha almost died, Michael and Willow may want to call it quits and reunite with their former lovers. However, there may be still another snag in their plans.

Michael and Willow never bothered to use protection and Willow could very well end up pregnant. Michael isn’t going to let someone else, even his best friend, raise his child. If Willow is pregnant, chances are that she and Michael will stay together leaving the road wide open for either, or both of them, to have an affair later.

Can Michael and Willow pick up where things left off with Chase and Sasha? Will Chase and Sasha open up about their feelings on the topic? Will another innocent child be brought into the mix stopping the couple from separating?