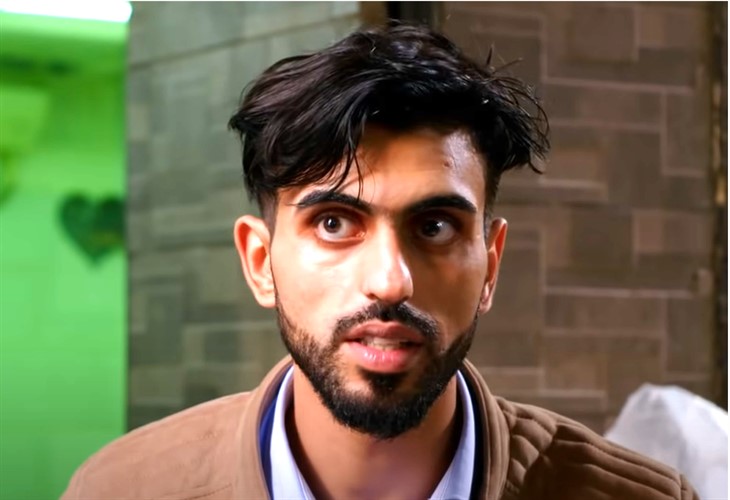 TLC’s “90 Day Fiancé-The Other Way” spoilers and updates reveal Yazan Abu Hurira may have finally moved on from Brittany Banks – he recently hinted on social media that he may have a new girlfriend!

One thing appears to be certain – Yazan and Brittany are no longer together. They don’t follow each other’s social media, neither has photos of one another on Instagram. Most telling is that on their Instagram accounts Yazan lists a post office box in Amman, Jordan and Brittany lists one in Chicago, Illinois! It sounds like either Brittany is staying with her mom or sister or perhaps one of them is handling her fan mail.

Their relationship, as “90 Day Fiancé-The Other Way” viewers know, was fraught with misunderstandings, culture shock and drama the whole time. His family didn’t approve or of accept her, and she wasn’t totally honest with him – she was still legally married when their relationship started. Yazan literally risked his life at one point to stay with Brittany, but the two tried hard to resolve their differences and to make their relationship work.

Recently, Yazan opened up on social media and thanked the TLC powers that be for their huge efforts, and thanked them for the experience of being a cast member, even though he and Brittany didn’t marry. He also praised the production crew and the editing team. He thought they did a great job – Brittany thought the opposite. She recently got a little bit ugly, not liking how she was portrayed on the show. She called the production crew a derogatory name and was glad the show was over and hoped the Tell-All didn’t cut out her version of the “truth!”

Yazan has apparently moved on. He recently hinted at a new love in his life – when thanking the network, he mentioned that he was happier nowadays with his new love relationship. He said everything is better in his life now than it ever has been, leaving fans to wonder what was going on. The date for the Tell-All has not yet been announced as of this writing, but Brittany has already said she would be on it and “telling all”.

Perhaps once the tell-all has been completed and it airs, Yazan will tell more about his new girlfriend. Hopes are that he will tell about what has happened in his life since the most recent season of the show was filmed that has made him so much more happy as well. Host Shaun Robinson and other members of the cast have also hinted that there is a “90 Day Fiancé-The Other Way” tell all in the works. Fans will just have to watch for announcements of when it will air!

Stay tuned to TLC’s “90 Day Fiancé” and check back here frequently for all the latest news, updates and gossip about all your fave “90 Day Fiancé” shows, stars, and spinoffs!