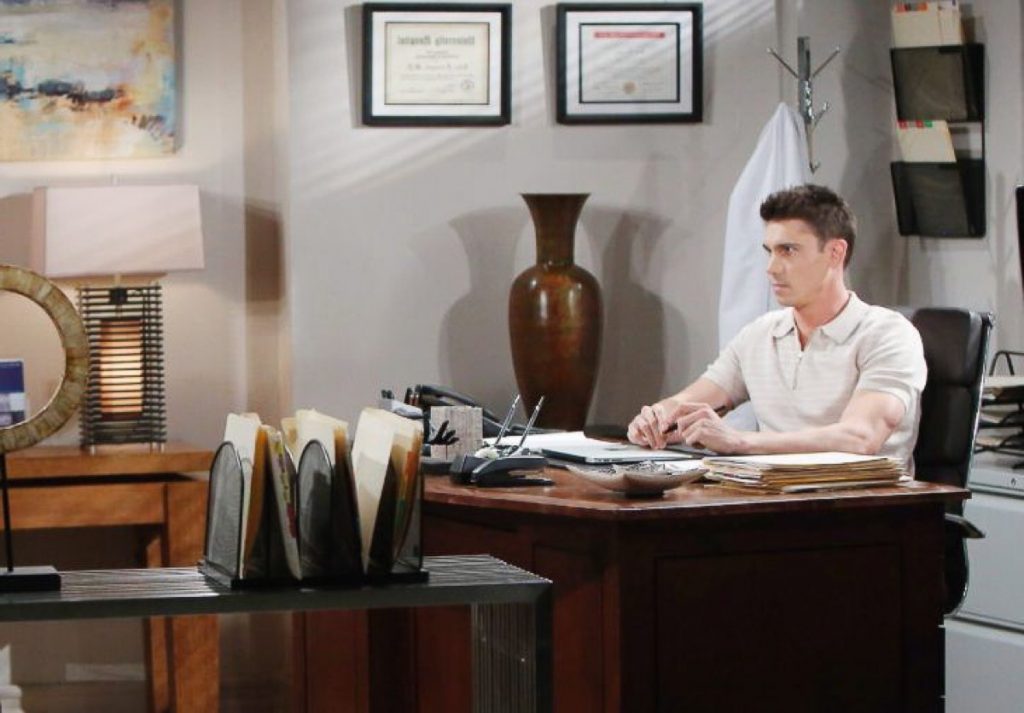 Finn was previously leery of giving Thomas’ sister, Steffy Forrester (Jacqueline MacInnes Wood), a refill of her pain-killer prescription. He agreed to do so grudgingly and regretted it later.

Now, with Steffy having unexpectedly reconnected with Liam Spencer (Scott Clifton), Finn’s powers of perception will be tested. The question likely isn’t if Novlan’s character will sense something’s off, but when?

Steffy and Liam have already been talking about how they understand what happened, based on the circumstances. Liam even apologized to Steffy for causing her to cheat on Finn, while also lamenting his betrayal of Hope Spencer (Annika Noelle). How big of them to do so.

If the scenario were reversed and Finn and Hope somehow connected, Liam and Steffy would scream at equal decibel levels about how they were mutually wronged. The former Steam would also likely end their relationships if that type of secret were kept for any extended period of time, or maybe even it was divulged immediately.

This analysis might be a bit harsh. But longtime fans know that Steam is its own bubble.

The endless back and forth that had Liam bouncing between Steffy and Hope seemingly ended with Finn’s introduction in the summer. Steffy’s complete, transfixed reaction to him, as the doctor stood at the foot of her bed, was clearly a changed moment.

A contingent of B&B fans, who appreciate Wood, Clifton, and Noelle, were calling for a change in the dynamic for a while. They got it with Sinn, but now it seems that the pairing will either be short-lived, or will be entangled in the Steam-Lope drama.

The Bold And The Beautiful Spoilers – Thomas Forrester’s Breakthrough

Hope helped Thomas to have a breakthrough. Her courage and compassion, when staying with Thomas in his apartment, allowed him to fully recognize that he needed help.

His diagnosis now serves as the natural main focus, which should give Steffy and Liam time to develop their cover story. Hope will be involved in explaining the mannequin kissing scene to Liam. But Finn’s head will be clear, which can allow him to detect that Steffy is carrying a secret and then to force it to be revealed.