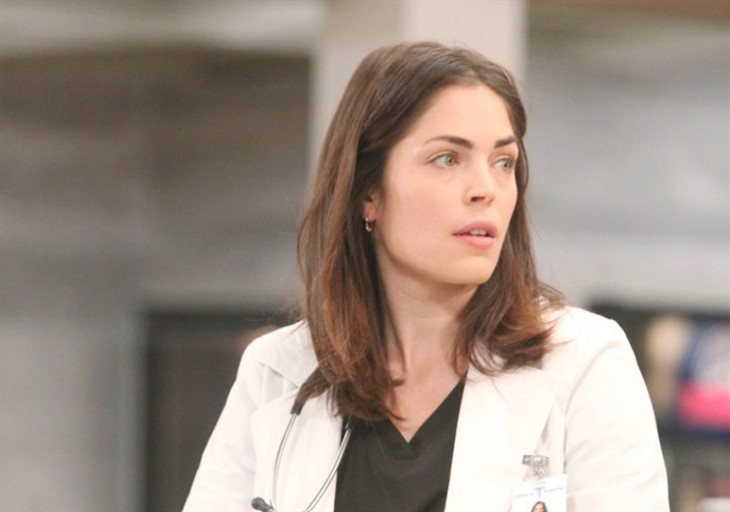 Cyrus has almost killed Britt’s best friend Brad Cooper (Parry Shen) and she is afraid he will try to finish him off in the hospital. Will Britt insist Jason help Brad before she agrees to help take down Cyrus?

General Hospital Spoilers – Brad Cooper Is Terrified He Will Be Killed

General Hospital’s Brad almost died and he had no idea why Renault’s men attacked him. Now that Brad has survived, he has, with Britt’s help, put the pieces together and figured out that Julian Jerome (William deVry) is the reason for this attack.

With Cyrus running the hospital, Britt and Brad know that Cyrus can get to him at any time. Britt has told Brad she thinks she knows someone who can help. However, Michael Corinthos (Chad Duell) is Jason’s godson, will he help Brad despite everything he has done to hurt Michael?

General Hospital’s Jason would love to take out Brad himself. However, Jason needs Britt’s help and Brad is her friend. Michael would want Jason to do anything possible to get rid of Cyrus because of Sasha Gilmore’s (Sofia Mattsson) overdose.

Michael will certainly understand helping Brad, who may have kept the truth about his child from him but also allowed him to be close to his son as well if it helps to make Cyrus pay for Sasha’s near death. After all, Sonny hasn’t been able to deal with Brad himself and this will put him in a position to at least have a few words with Brad. Helping Brad will ensure Britt’s help and hopefully stop Cyrus once and for all. Will Jason agree to Britt’s terms?

After the explosion at the Floating Rib, General Hospital’s Jason is going to be more determined than ever to take down Cyrus. Britt’s call may even be the one thing that saves Jason, and Danny Morgan (Porter Fascullo) from the explosion meant to kill Jason. If Britt’s call saves Jason he will certainly be more inclined to help protect Brad. Taking down Cyrus has to be a priority no matter what sacrifices have to be made to do it. Protecting Brad is a small price to pay if it puts Cyrus away for good.

Jason may have to give a little on this point but getting Cyrus is the ultimate goal. Will Jason protect Brad to take Cyrus down? Will this put a stop to Cyrus for good?