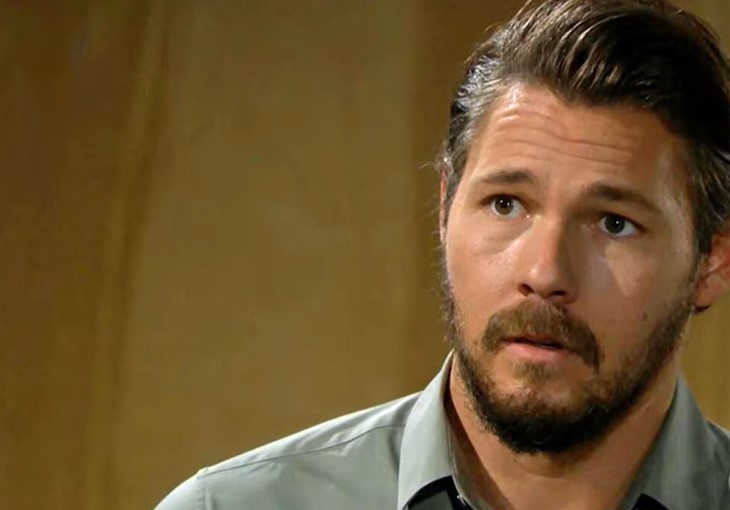 The Bold and the Beautiful spoilers reveal that in Los Angeles Hope Logan (Annika Noelle) has dinner with Thomas Forrester (Matthew Atkinson) and Douglas Forrester (Henry Joseph Samiri). However, when Liam can’t reach his wife, he fears the worst. He decides to storm into Thomas’ apartment and is shocked to find the two in a “compromising position.”

The Bold And The Beautiful Spoilers – Finding Hope Logan

B&B spoilers reveal that Liam is spending quality time with Kelly Spencer (Colette and Avalon Gray). While there, he vents to Steffy Forrester (Jacqueline MacInnes Wood) about Thomas. Despite everything he is saying, Steffy insists that her brother has changed. Meanwhile, he keeps trying to contact Hope, but she’s not responding. Hope isn’t answering the phone or replying to text messages.

Liam already is irritated that Hope decided to have dinner with Thomas and Douglas. However, when Hope doesn’t respond to his calls and texts, his annoyance turns to anger. He knows that Thomas is still obsessed with her and is just playing mind games. Nobody is listening to Liam, which is just making him more frustrated by the day. He worries that something has happened to Hope at Thomas’ apartment.

The Bold And The Beautiful Spoilers – Liam Spencer Takes Action

The Bold and the Beautiful spoilers from Soap Opera Digest confirmed that Liam can’t sit at Steffy’s and does not know if Hope is safe. He decides to charge over to Thomas’ apartment and see what is going on. However, nothing could prepare him for what he finds as he opens up the door (because apparently nobody knocks).

When Liam walks in, he finds Thomas and Hope in a compromising position. The unstable designer has his shirt off and the entire situation looks very bad. Now, Liam assumes the worst and believes that Hope has betrayed him.

However, it is most likely very innocent. Thomas probably spilled wine or pasta sauce on his shirt, which Hope is helping clean up so it doesn’t stain. However, Liam doesn’t stick around to find out the facts. He goes straight back to Steffy’s and tells her an incredible tale of betrayal. She simply finds it hard to believe that that’s when Dr. John “Finn” Finnegan (Tanner Novlan) goes over to Thomas’ apartment but finds that he is interrupting a moment.