General Hospital Spoilers: Brad Gets Obrecht to Confirm His Story, Expose Nelle for the Liar She Is? 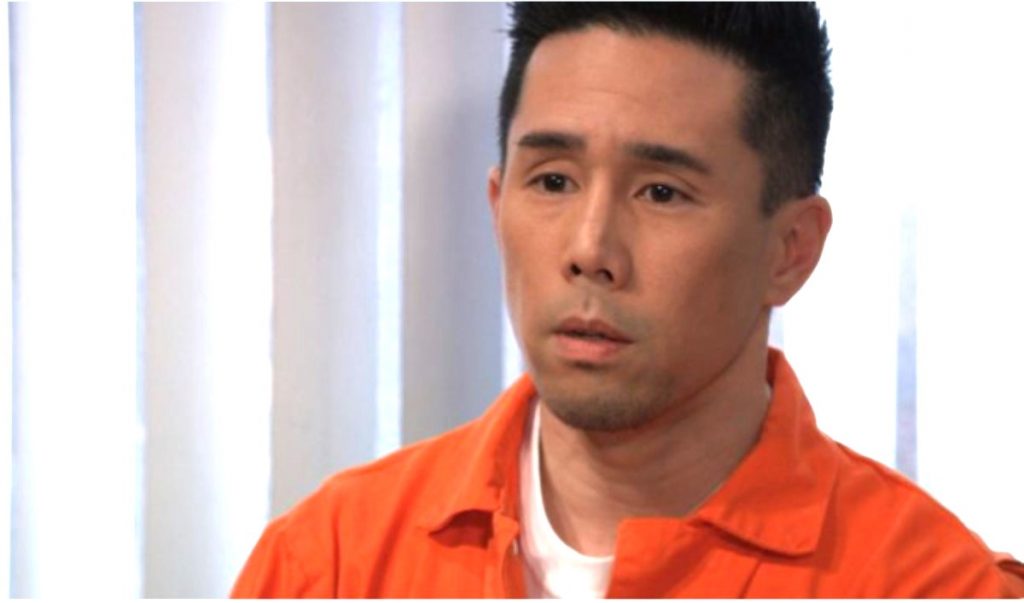 General Hospital (GH) spoilers reveal that no matter what Brad Cooper (Parry Shen) tries, it doesn’t seem to help his case. Nothing appears to give him a victory, moral or otherwise, over the devious Nelle Benson (Chloe Lanier). Even though Brad is definitely guilty for his role as a co-conspirator in Nelle’s heinous baby-swapping scheme, many GH viewers remain at least somewhat sympathetic to the man.

Like Carly Corinthos (Laura Wright), people want to see Brad get his just desserts. At the very same time, they still want to see Nelle go down harder. For a long time now, Brad has been at Nelle’s mercy and she has always been one-step ahead during the dangerous game they’ve played. As Brad himself said, Nelle used him to do her bidding whenever she wanted. 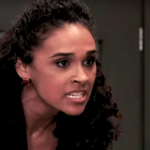 However, the arrival of Britt Westbourne (Kelly Thiebaud) could mark a turning point in Brad’s fortunes. This is true, at least, when it comes to Brad’s desire for the entire truth to come out. As GH fans will recall, Britt arrived just after Brad’s arraignment in court where he pleaded guilty to all charges against him. In fact, one of her very first suggestions was for Brad to use Dr. Liesl Obrecht (Kathleen Gati) to confirm his side of the story. Brad snivels that he figured Britt’s mom would just lie to keep herself out of trouble. (Never mind that this is what both Brad and Nelle do consistently.)

However, Britt’s suggestion makes a lot of sense. After all, Obrecht was actually there when Nelle gave birth on the side of the road. GH viewers may remember that she was in the process of being transported from Pentonville when there was an accident and Obrecht escaped. While Brad may think Obrecht would lie to keep her involvement a secret, now that she’s been arrested the truth might come out anyway.

Of course, fans will remember that the woman has attempted to prevent the truth from coming out for a while. She, herself, has threatened Brad. Much of her behavior has been motivated by the fact that she fears Sonny Corinthos’s (Maurice Benard) retribution as much as Brad does.

Still, if anyone could convince her to spill her guts, it’s probably her daughter. It’s also possible that Britt could go to Sonny herself to work a deal to spare her mom in exchange for her testimony in order to take Nelle down. The fact that this testimony could also show Brad was telling at least part of the truth won’t matter much to Sonny at that point.

The bottom line is that if either Brad or Britt were able to convince Obrecht to come out on Brad’s side, Nelle could be back in hot water. Remember that her charges were dropped without prejudice. This means that if given enough evidence, a prosecutor could refile charges against her!

Nelle would be exposed as a liar and Brad would at least, in some sense, be vindicated. That won’t mean much since he’ll likely be in prison and his relationship with Lucas Jones (Ryan Carnes) will be dead and gone. However, he just may have the satisfaction of seeing Nelle receive the punishment everyone feels she so richly deserves. Stick with the ABC soap, and don’t forget to check Soap Opera Spy often for the latest General Hospital spoilers, updates, and news!

Will Princess Beatrice’s Wedding Be Postponed Because Of The Coronavirus?