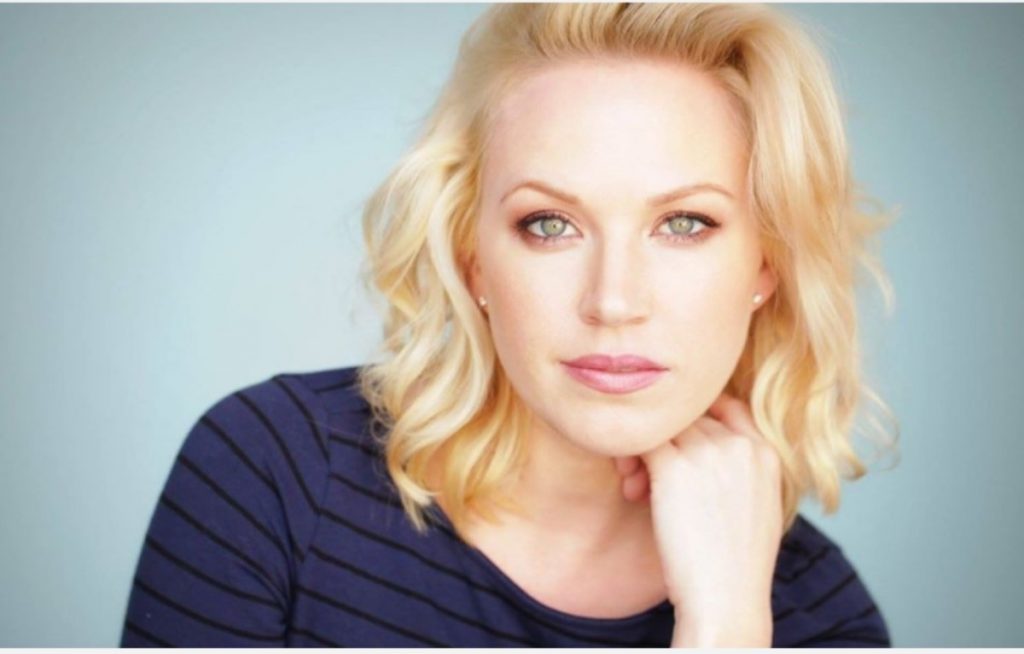 Adrienne played Amber Moore and also Amber’s twin sister April Moore both on The Bold and The Beautiful, and its sister daytime drama, The Young and The Restless. Adrienne has been married to actor Scott Bailey since 2011 and the couple welcomed their first child, Amélie Irene in December 2015. She made the announcement through Instagram and commented: “thought I’d spread some good news today! Look what we are cooking up!! We are having a baby!!! Can’t wait for @scottbaileyofficial to be a father again!!!”

Debuting as a supporting character alongside villainess Sheila Carter (Kimberlin Brown) in July 1997, Amber was soon linked to the mighty Forrester fashion dynasty and was a part of the next generation teen set in 1998. Eventually, family members of Amber were introduced and the love story of Amber and Rick Forrester (played by Jacob Young and later Justin Torkildsen) was the main storyline of the show in the late 1990s and early 2000s. In 2003, for a short while, Frantz was pulling double duty when the part of Amber’s twin sister April was created.

Frantz was awarded an Emmy as ‘Outstanding Younger Actress’ in 2001 (with additional nominations in 2000 and 2003). In 2005 she opted on leaving The Bold and The Beautiful, but the character of Amber didn’t disappear for too long. In late 2006 Amber Moore returned – but this time around on The Young and the Restless (1973) where head-writer Lynn Marie Latham was a self-proclaimed fan of the actress. Much like her previous debut on The Bold and the Beautiful ten years earlier, Amber was again quickly linked to the important players in Genoa City. She stayed with the show until May 2010 before returning to B&B some weeks later.

Adrienne is also an accomplished singer-songwriter, and several B&B episodes showcased Frantz’s original songs when she was on the daytime drama. In addition, she was tapped to co-write and perform the title song on the film Jimmy Zip (1996). In addition to her soap roles, Frantz also did voice-work on The Wild Thornberrys (1998) and starred in Speedway Junky (1999) – Gus Van Sant’s dark tale of runaway kids living on the streets of Las Vegas – with Jonathan Taylor Thomas and Tiffani Thiessen.

The Bold and the Beautiful Spoilers: Thomas Dragged By His Sister Steffy – But Already Preparing To Strike Back https://t.co/YGYzkAk0DE pic.twitter.com/pnot1dHb2p

Frantz managed to graduate from Shawnee high school in Medford, N.J., at age eighteen and promptly packed her bags and headed off to New York City in search of her dreams – and never looked back. While enrolled in her freshman year at Marymount College in New York City, Frantz won the role of Tiffany Thorne on Aaron Spelling’s new NBC soap-opera Sunset Beach (1997) and moved to Los Angeles. From there, she caught the attention of Brad Bell and was hired on The Bold and The Beautiful.

General Hospital Spoilers: Brad Gets Obrecht to Confirm His Story, Expose Nelle for the Liar She Is?