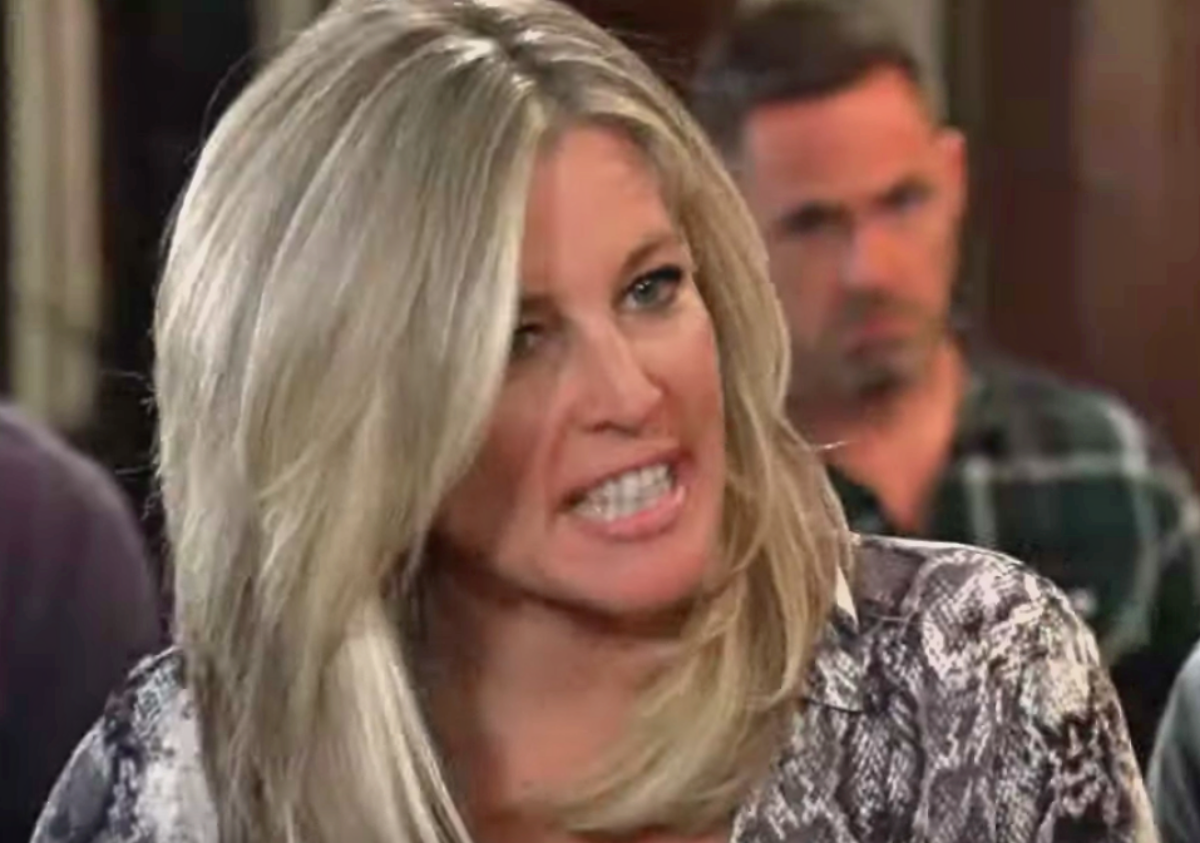 General Hospital spoilers tease that Carly Corinthos (Laura Wright) will struggle to figure out what is best for the baby in an upcoming episode of GH – but which baby? Donna Corinthos (Emma and Ella Hulon) or Jonah Corinthos (Erik and Theodore Olson)?

Carly has gone from an aunt to a grandmother now that the truth about Wiley has been revealed, and that Lucas Jones (Ryan Carnes) remembered what Brad Cooper (Parry Shen) told him about Wiley the night they crashed. While she could be concerned about Donna’s safety with the mob wars starting and Sonny Corinthos, (Maurice Benard) Michael Corinthos, (Chad Duell) and herself having been targeted in three different places recently, she may also feel like she needs to help Michael and Lucas by being the voice of reason and advocating for what is best for Wiley/Jonah.

The baby is old enough to be attached to both of them, but it may be confusing to him as to who’s daddy and who’s not. Brad Cooper (Parry Shen) will be in jail and Lucas is on his own, having just gotten out of the hospital and rehab. Wiley/Jonah now will miss Brad and it has to be decided whether Michael should take Wiley/Jonah right away or if Lucas should keep him for a while, or possibly Michael move in with Lucas temporarily and both men care for Wiley/Jonah. What is the best approach for the baby? If he hadn’t been nearly eighteen months old by the time this discovery was made, there wouldn’t be such a concern!

A lot of paperwork will have to be redone and the adoption will have to be invalidated in the meantime, which will likely require a paternity test to be done, even though in a way it doesn’t make a lot of sense. But the courts will have to have proof that Lucas and Brad have had the wrong baby, and the dead baby, who is really Willow Tait’s (Katelyn MacMullen) may even have to be exhumed and his DNA tested as well, in which case she will have to be subjected to a maternity test, since the birth father is dead.

All that will have to done before the adoption can be invalidated, but with Michael being Wiley/Jonah’s godfather, either he or Lucas could care for Wiley/Jonah legally, or both of them together until everything is done. Another complication that will come up is Willow’s baby’s birth certificate – it’s no longer correct! General Hospital viewers will recall that Julian Jerome (William DeVry) and Sam McCall (Kelly Monaco) went up to the state bureau of records in Albany and Julian swapped out some of the file so Shiloh Archer (Coby Ryan McLaughlin) wouldn’t be shown as the birth father, in an effort to keep him from getting to Wiley at the time!

He had then told Willow that the adoption file would need to be destroyed! This was long before Julian knew that Wiley wasn’t the original Wiley! However, it’s possible that the hospital where he was born, Mercy Hospital may have an original copy of the birth record – to invalidate the adoption, the courts will likely require all of that as well as a birth certificate for Jonah, which may not exist – although a death certificate might! All these steps may have to be taken for Michael to legally take custody of Jonah! Carly, Michael and Lucas will likely talk together to figure out the best plan with the least amount of confusion to the baby while all this red tape is gone through!